We had a great Christmas Day! There were WAY too many gifts under the tree!

My parents arrived at our house at 7 am so that they would already be around when the kiddos woke up at 7:30. The first words out of Hunter's mouth were to ask if Santa had came and was super excited to find out that he had.

To say that Gibson was excited is an understatement! This was his face when he saw the tree and the train that Santa had brought for him! 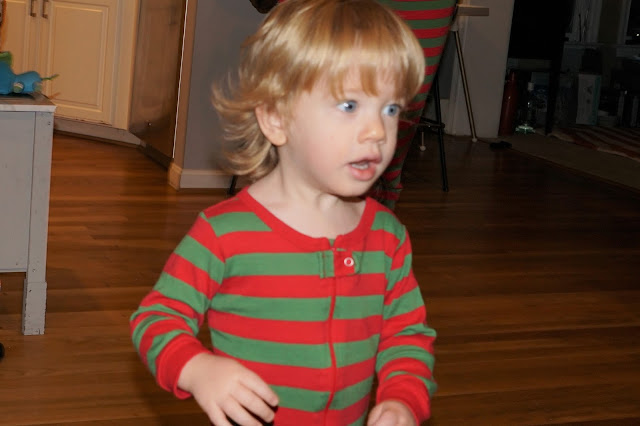 Hunter was a little overwhelmed and tried to hide behind me! 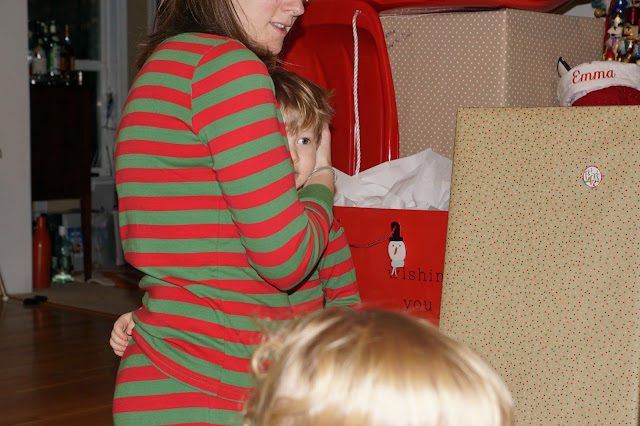 But he warmed up to the idea of Christmas once he saw the yo-yo that Santa brought him!  It even had his name and the year carved into it. He was SOOO happy with it. It is the only thing that he wanted from Santa... He does not know how to use a yo-yo but it will be something that he can grow into. 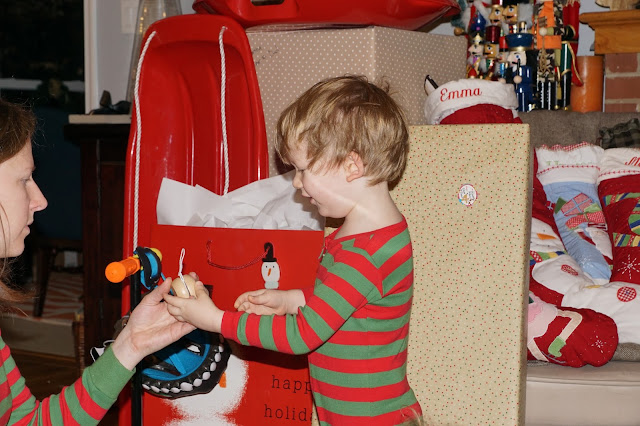 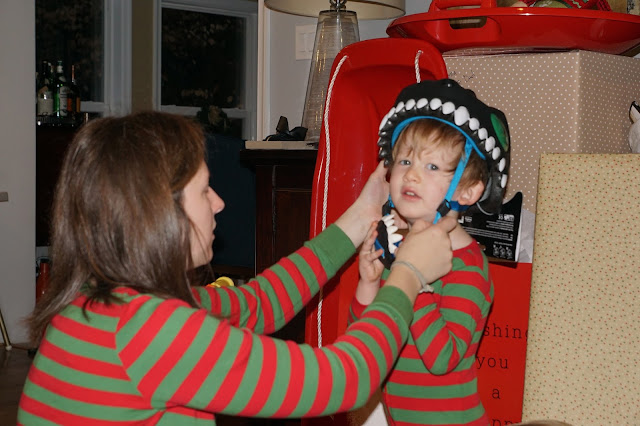 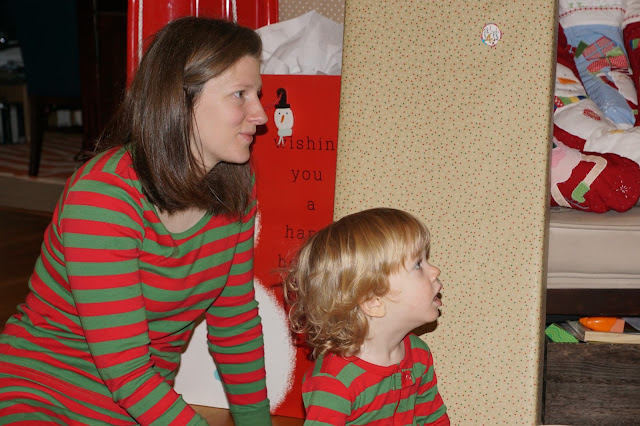 Santa brought Emma a long board 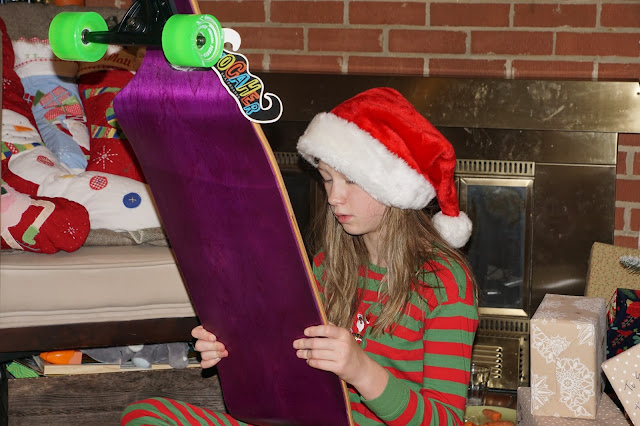 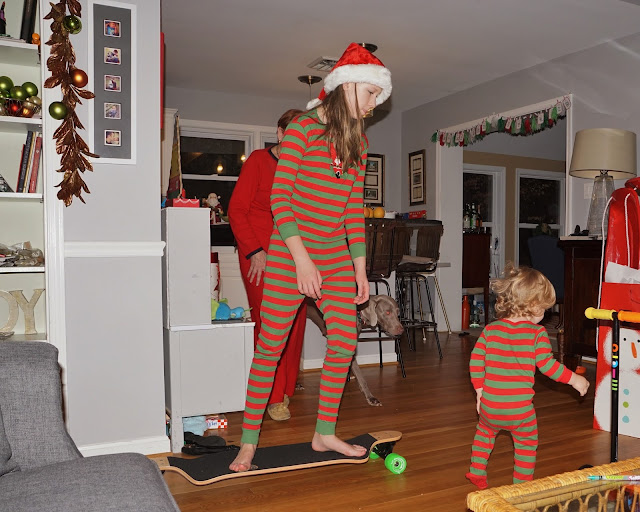 Gibson was also a fan of Hunter's scooter 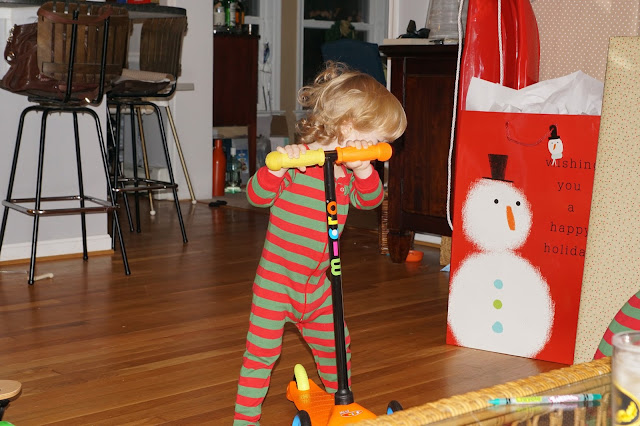 and of the long board haha. He is a gift thief

Here are a few more photos from the morning... The gift unwrapping took about three hours because after the boys unwrapped each gift we had to fully open up the packaging so that they could play with each item... we had to take a break mid way for breakfast. I made my favorite Overnight Eggnog Casserole. 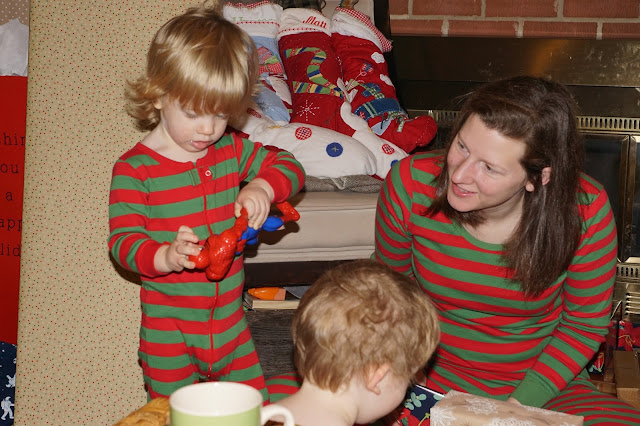 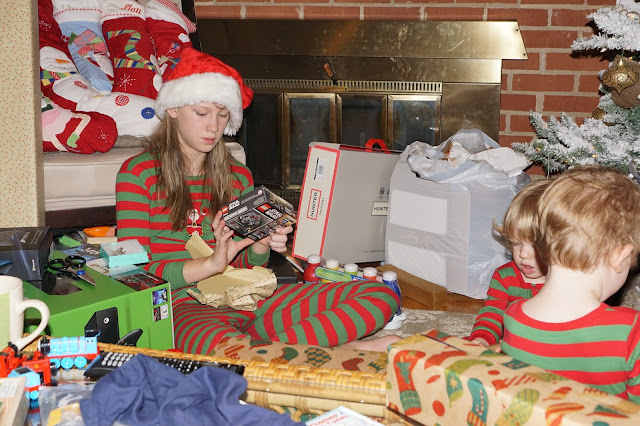 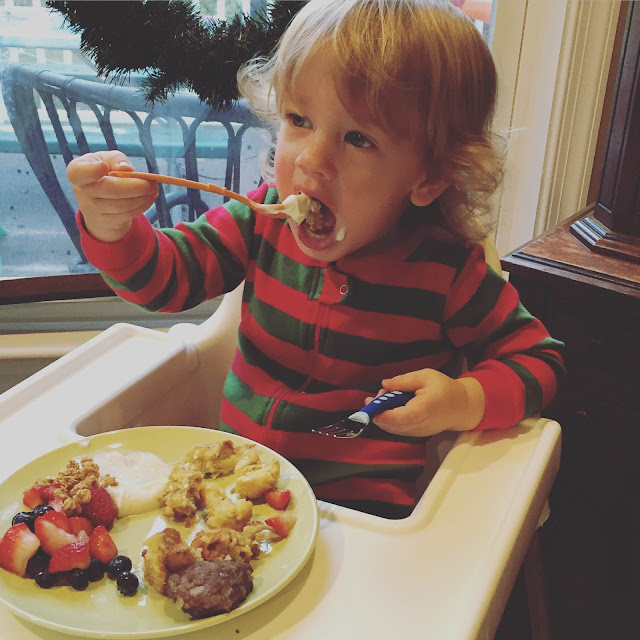 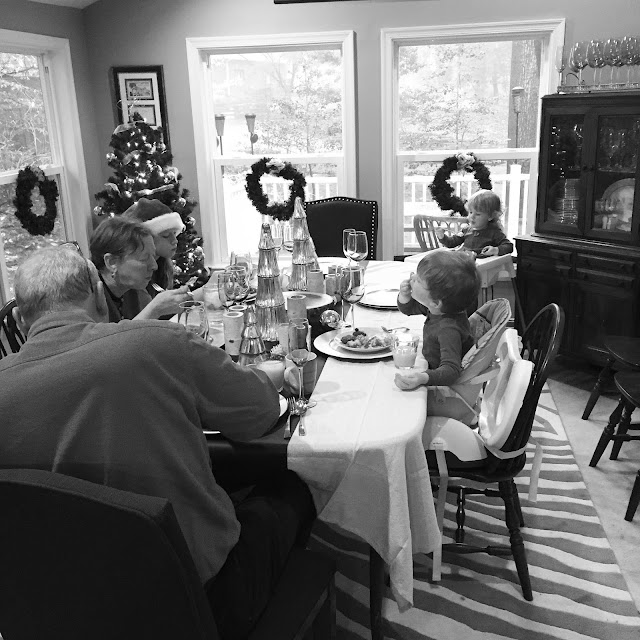 Emma was SUPER excited about her XBOX 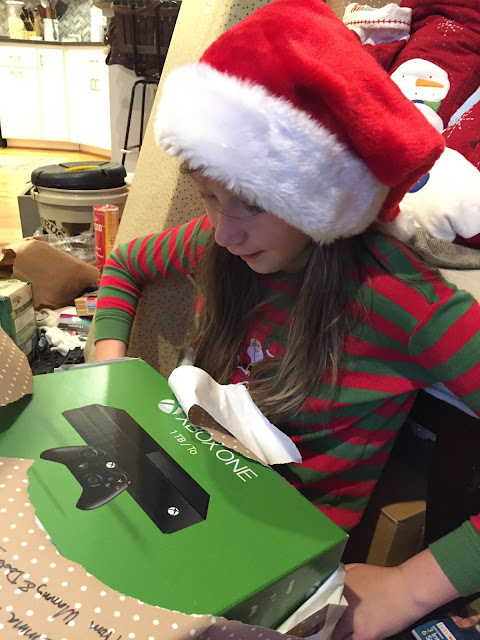 And for Christmas dinner I made this yummy crab cake with bacon, a poached egg, and a SUPER easy microwave hollandaise

I will be back later in the week to share some of our favorite gifts!

I hope that everyone had an AMAZING Christmas. I just feel so blessed that I was able to spend the day with my family! 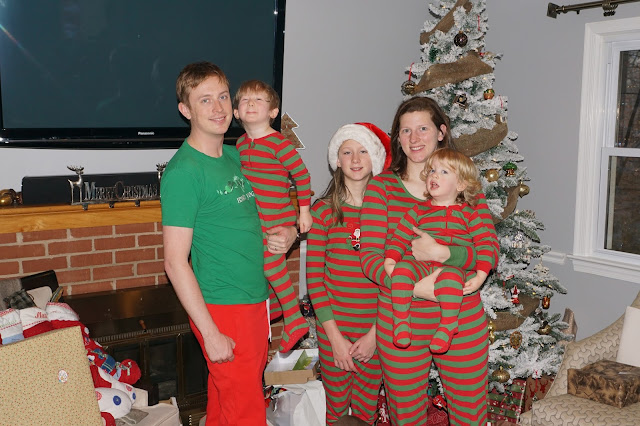 Posted by juliemariepark at 12:50 PM