So I mentioned in my 16 week check in that Emma has finally learned to ride her bike without her training wheels!!!

This is something that we have been trying to get her to do for a few years now but due to a fall (with training wheels) a few years back she has been terrified and cries every time we would bring it up. On the other hand even going on rides with training wheels was beginning to be a struggle because any time she would put pressure on one of the wheels it would start to bend and move causing her bike to become unbalances. Let's just say that our bike rides would end in frustration and tears... usually from me!!! She was too big for training wheels but not willing to try it without... even with the peer pressure of friends riding two wheelers! (YES everyone... I was rooting for peer pressure in this circumstance!) I had even internally come to peace with the fact that Emma might never learn to ride a bike!

WELL... two weekends ago everything changed. It was like she woke up an eight year old and decided that it was just time. Not exactly but that is what it feels like to me! Matt was doing some work outside last Saturday and asked Emma if she wanted to ride her bike in front of the house while he was out. He also brought up taking off her training wheels (as we do all the time)... well Emma declined (as she did all the time). Well that afternoon Matt was back outside and I encouraged Emma to also go out and play in the yard... 30 minutes later a breathless little girl (yes I'm in denial about the fact that she is now 8 and a big girl) came inside with her Barbie helmet (sniffle sniffle... see she is still my little girl) on yelling for me to go outside. 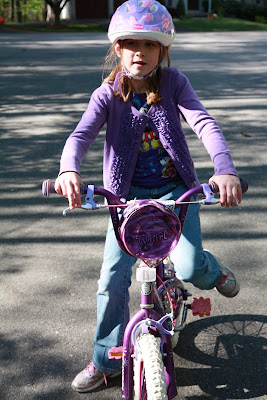 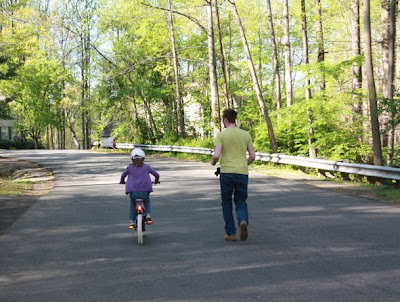 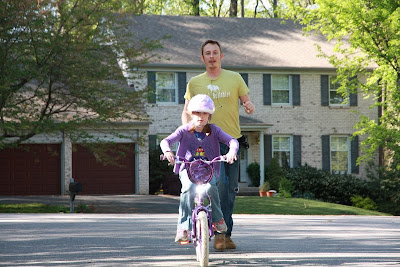 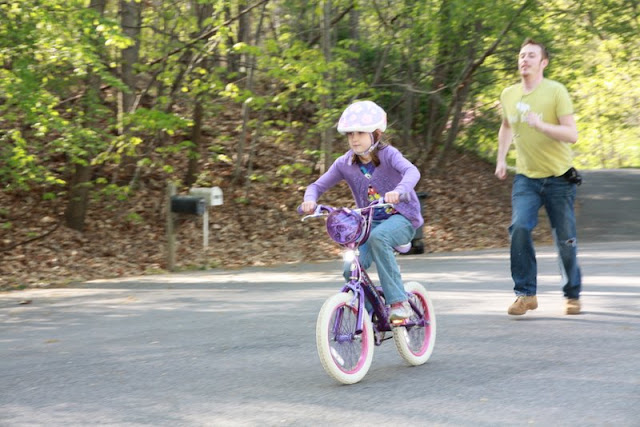 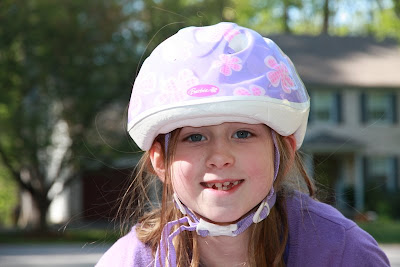