Hunter at 15 months runs around everywhere! Including going up and down stairs safely (he knows that to go down he needs to get on his but and craw down backwards). He has not seemed to learn any new words over the last month and sadly he stopped saying mama! BOOOOO.

In the last month he has really started to LOVE dancing. if a commercial comes on with music he will stop whatever he is doing and will dance to it. He even has some good moves!

He was introduced to both Goldfish and ELMO this month... now his two favorite things...

He also oddly LOVES to get into this little Chic costume every morning to eat his Cherrios before heading over to NaNa's House...


Hunter still currently has 4 top teeth and 2 bottom teeth but we think that a few more bottom teeth will be making an appearance any day now... he had a little fever this week, his appetite has decreased, and he has been a bit grumpy which is a good indication that something is going on in that little mouth of his.

Now here are some photos of Hunter from this week:

He fell in Love with this tomato container and laughs like crazy as he chases Sophie around! Guess I didn't need to spend all of that money on Christmas gifts. 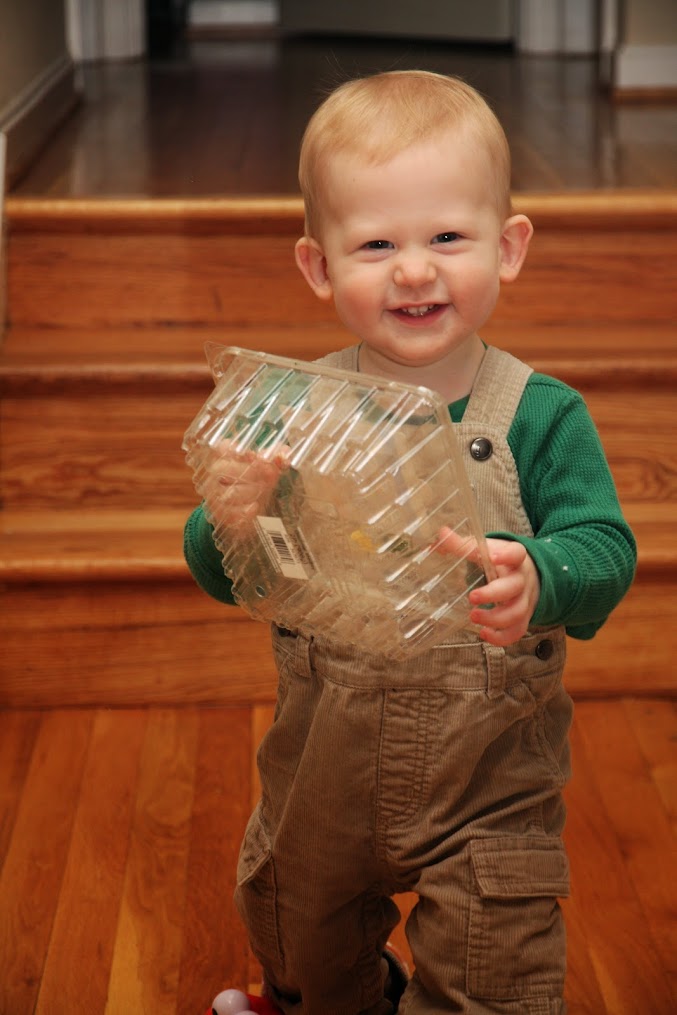 Sophie just goes with it... She is so good with Hunter 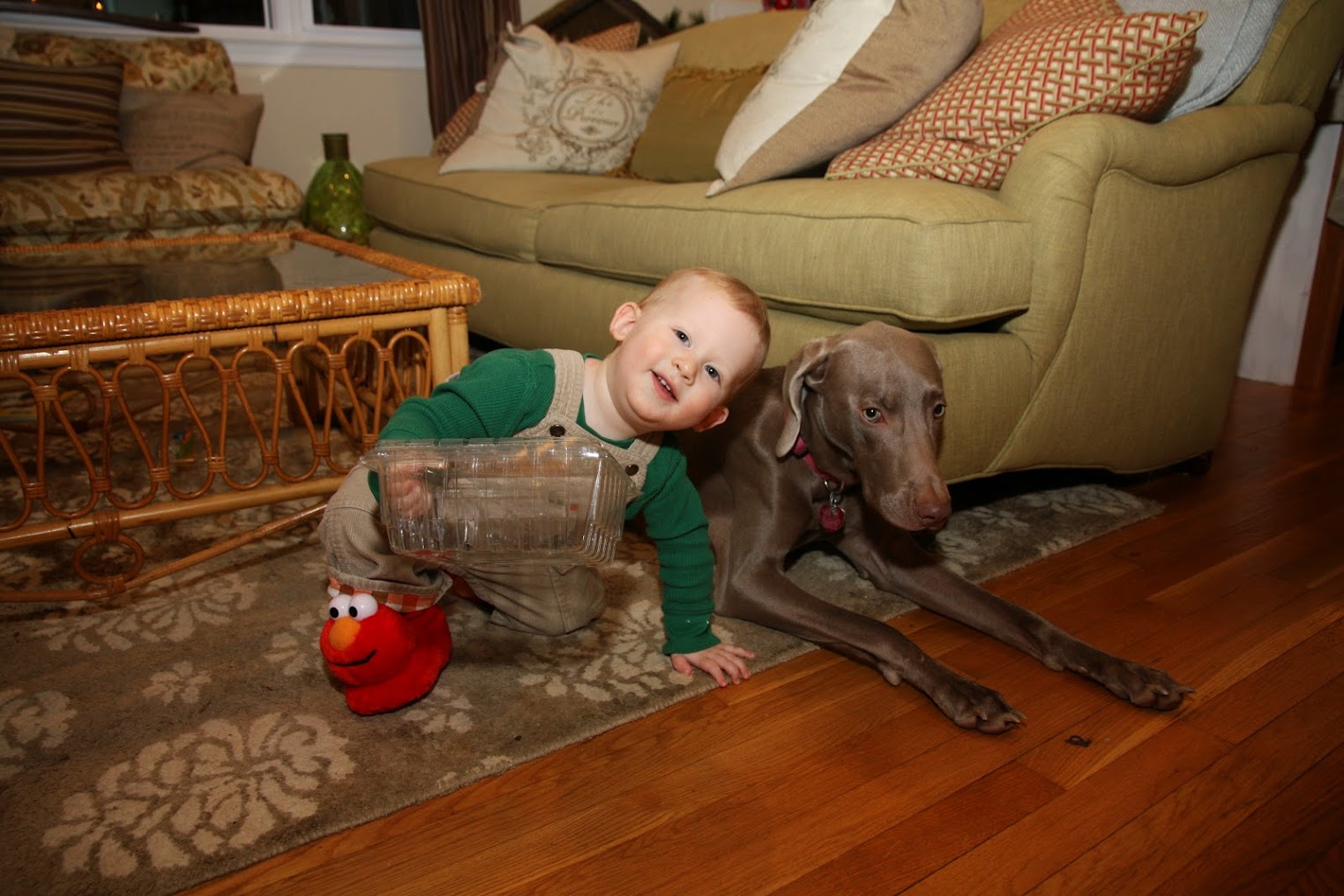 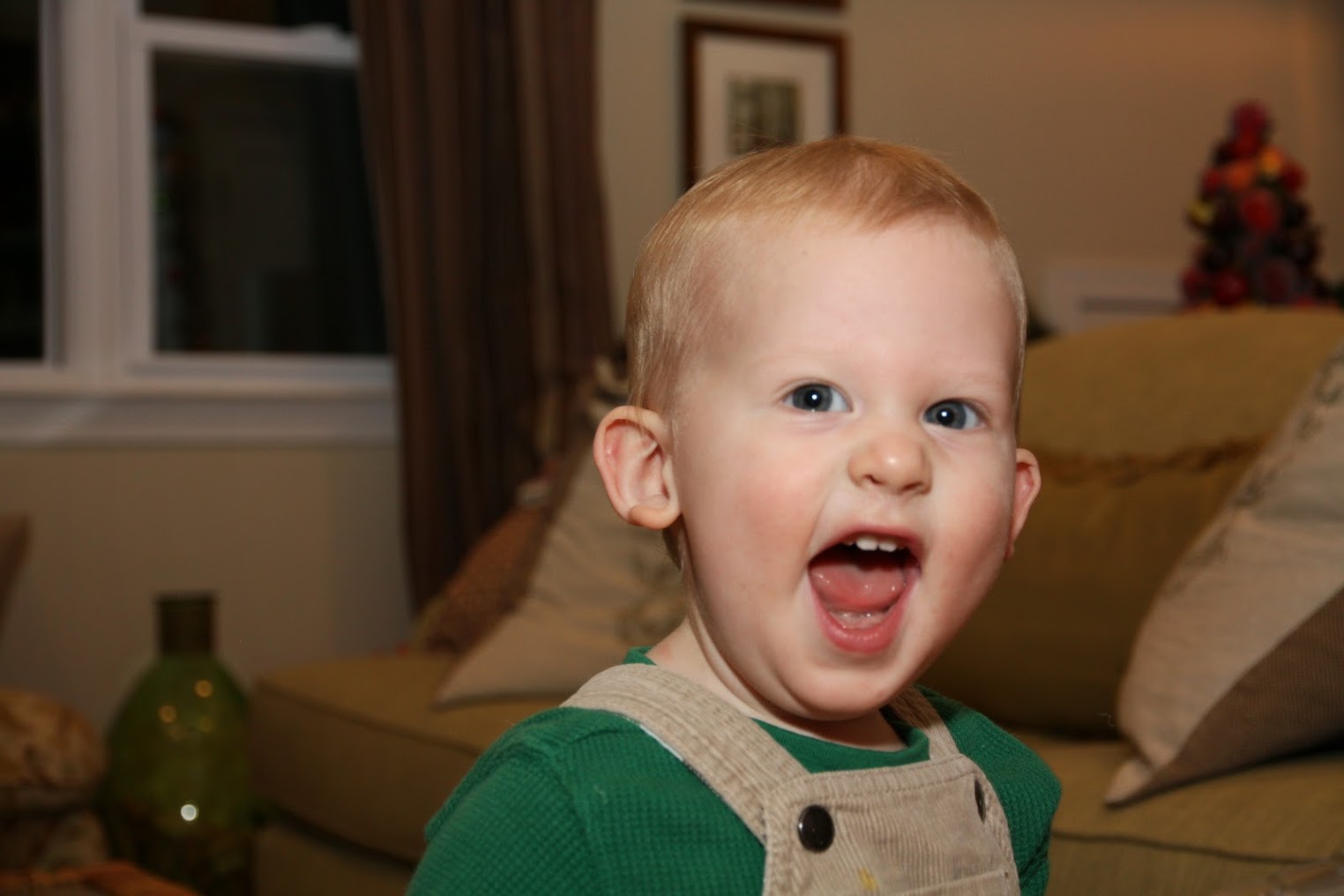 We also love all the bubble wrap that has been coming in the packages! 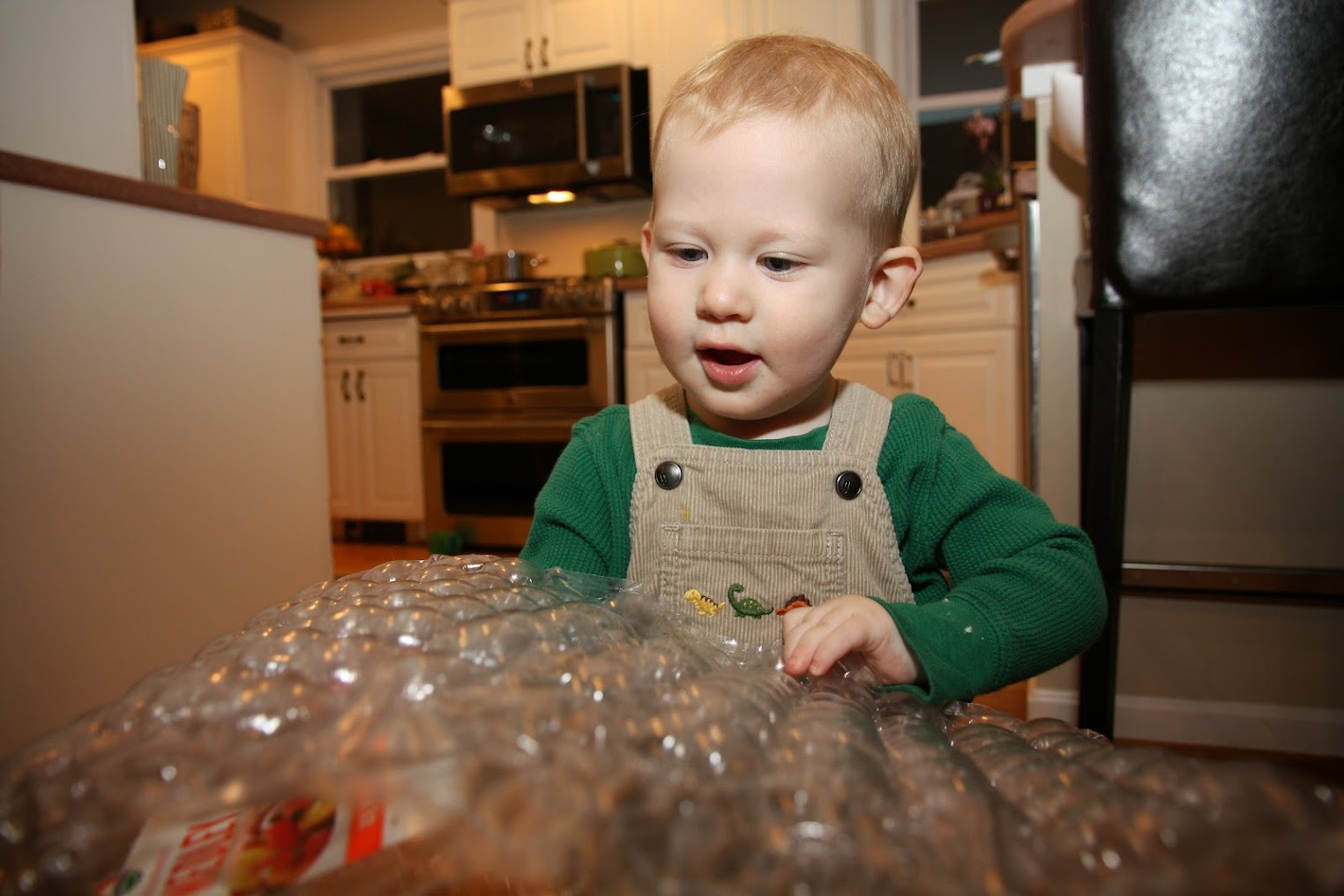 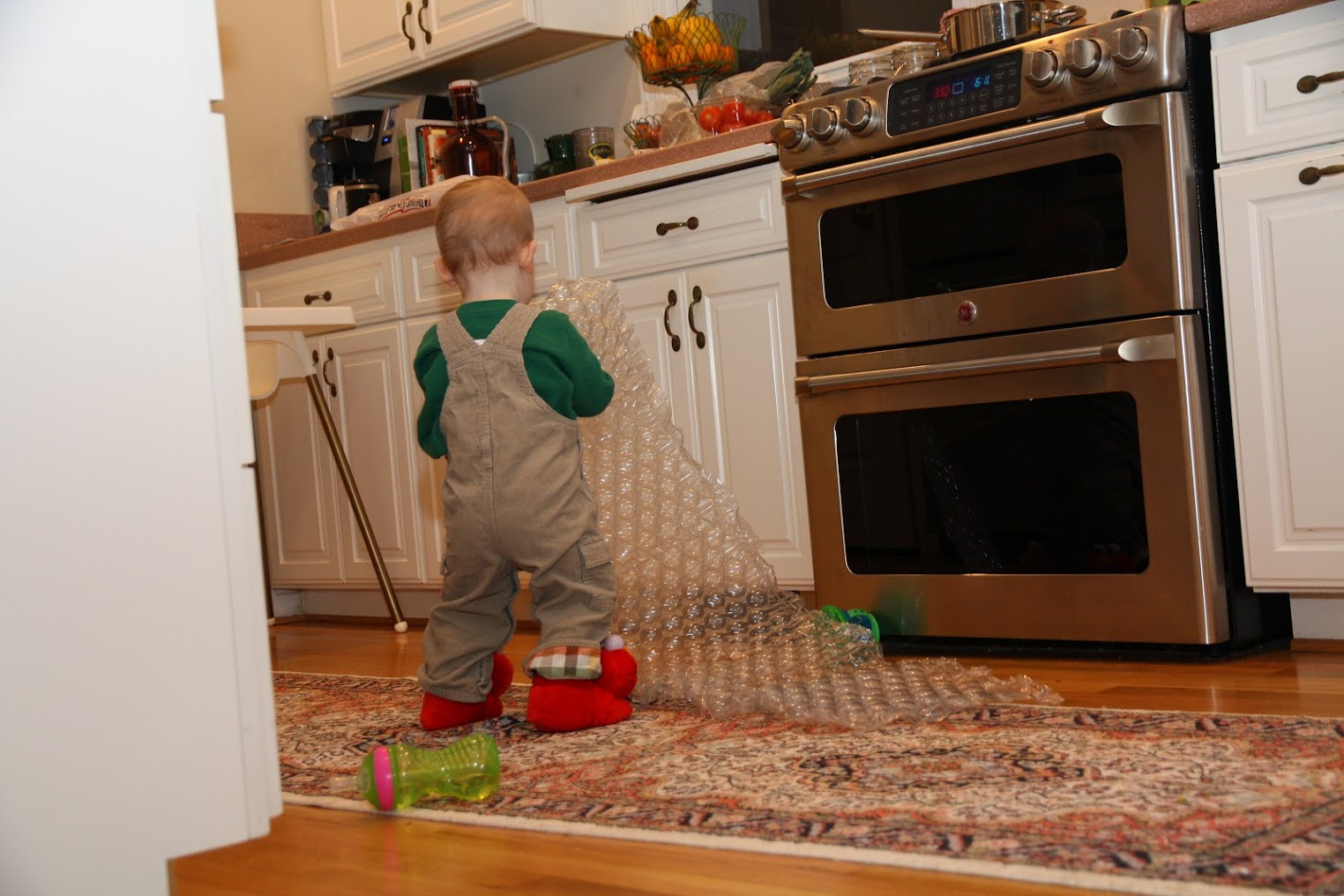 He loves that Mommy has been going into work later and that he gets to have cuddle time in the morning! 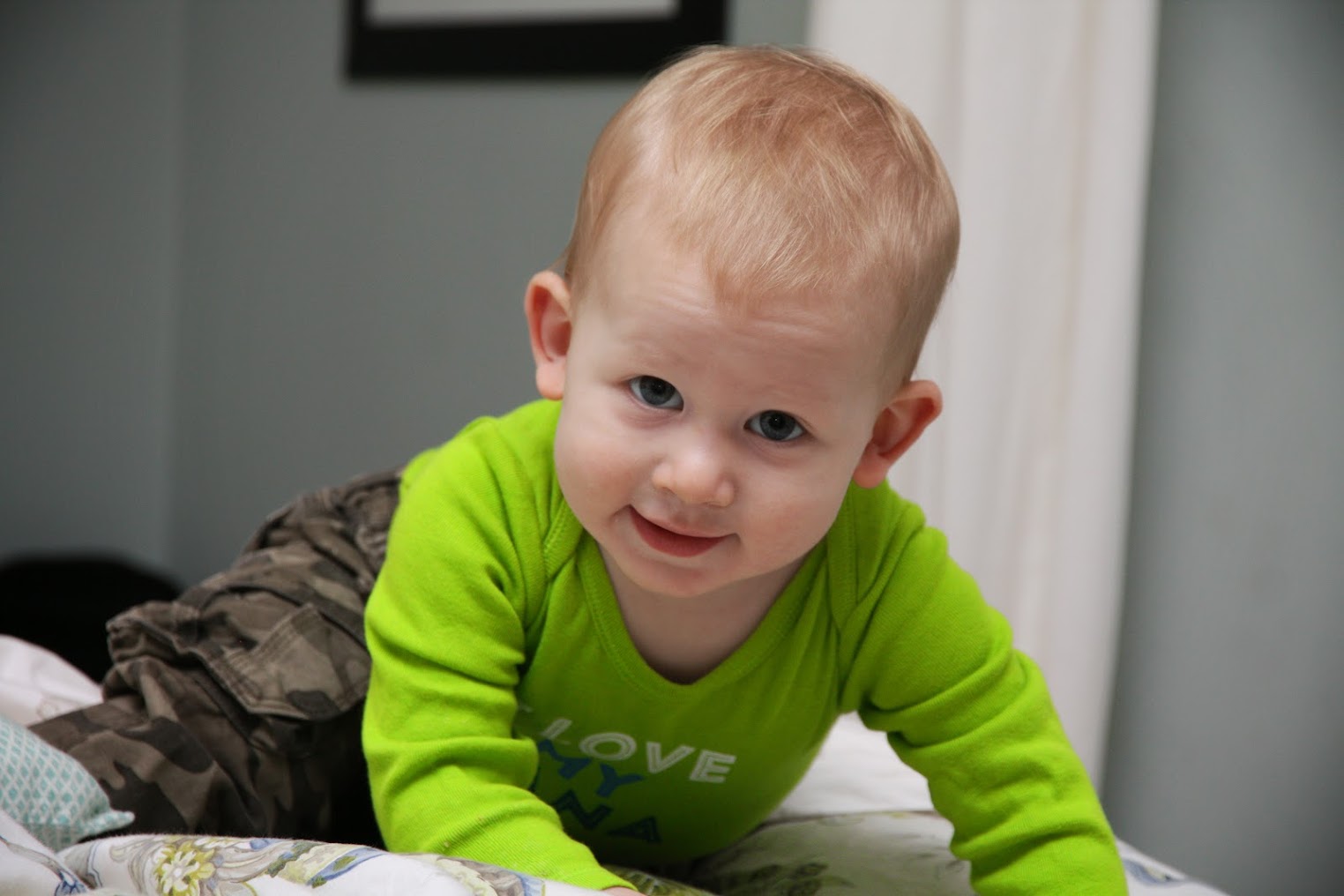