Okay so I'm totally failing at this whole blogging thing!

OVER a week ago Matt and I found out that our little Baby Park is a BOY! 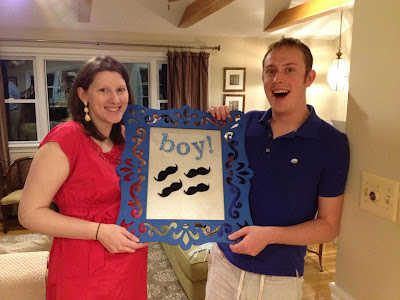 I was SOOO surprised to see the blue when we cut into the Gender cake... We all wanted a boy but I had convinced myself that we were going to have a little girl. Almost every Old Wives tale pointed in that direction...

So the only one that indicated a boy was my dry skin... which I could really do without at this point.

I was convinced that we were going to have a girl but I was SOOOO wrong. On Friday morning we went in for our 18 week ultrasound and closed our eyes and turned our heads when they went down below the bellybutton. At the conclusion of our ultrasound the tech placed a card noting the gender of our baby into an envelope. I took that envelope to Emma's dental appointment and the receptionist called the bakery and revealed the sex of our baby! It was crazy carrying around that envelope all day but I was just so excited about everyone finding out together that night! There was NO way that I was going to ruin the surprise... and besides in my mind I already knew that it was going to say girl... Well later Friday night when we cut into the cake I just started crying the second we pulled out a slice with blue icing in the middle. I was so overwhelmed! So caught off guard!

Emma of course was jumping up and down like crazy and so excited that she was right and that the baby was a boy! We couldn't be happier!

I know that I owe you photos of the gender reveal party and I will pass as soon as we have them but until that time here are the latest photos of our little BOY!... Now to figure out a name! 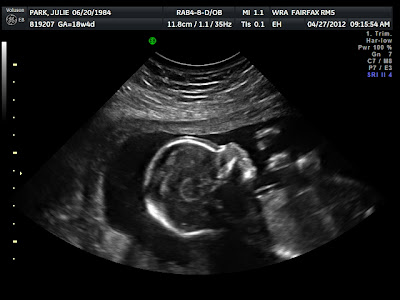 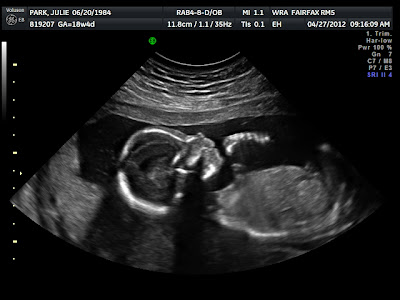 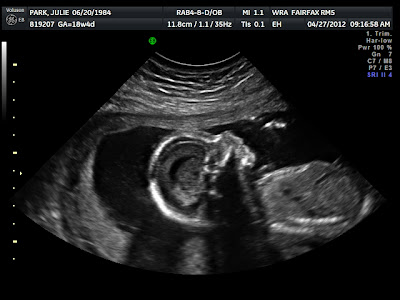 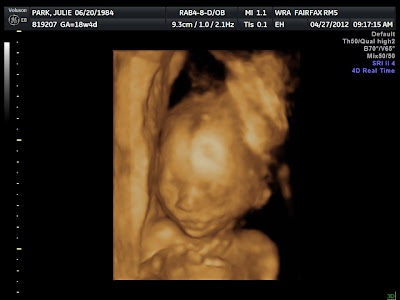 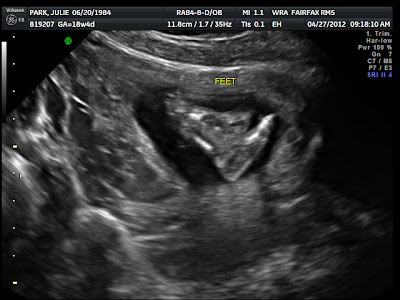 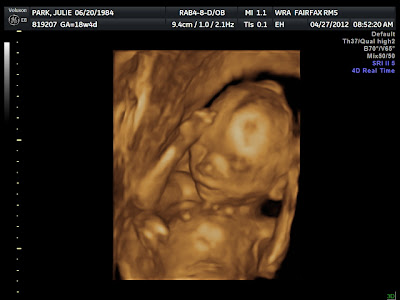 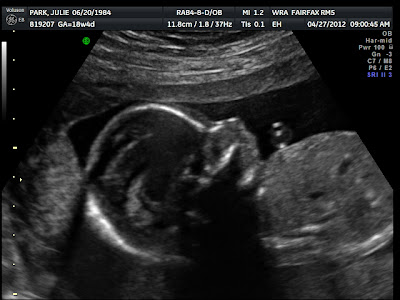 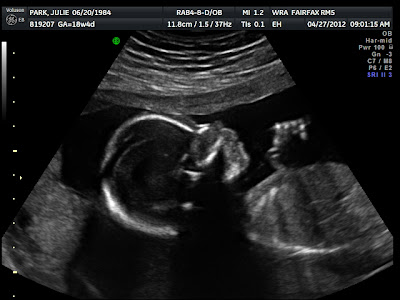 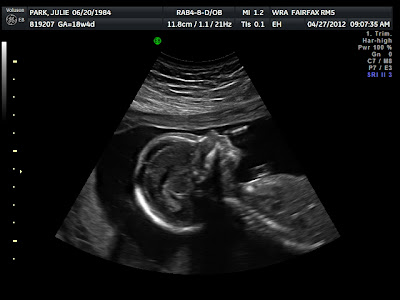 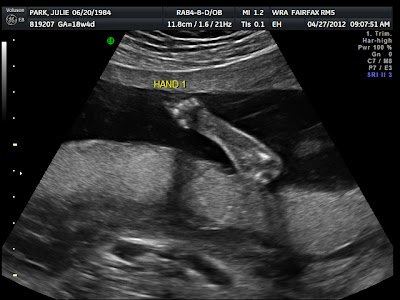 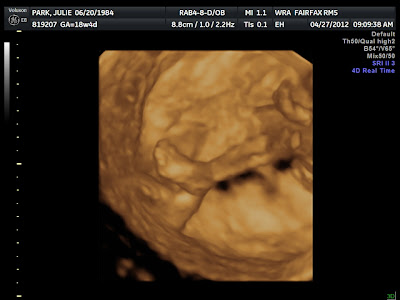 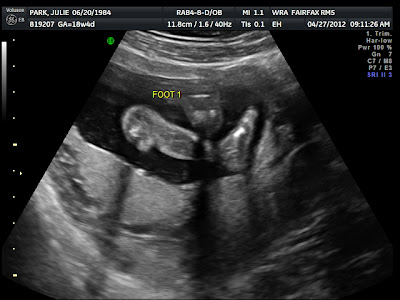