Do you want to see a sad picture??? 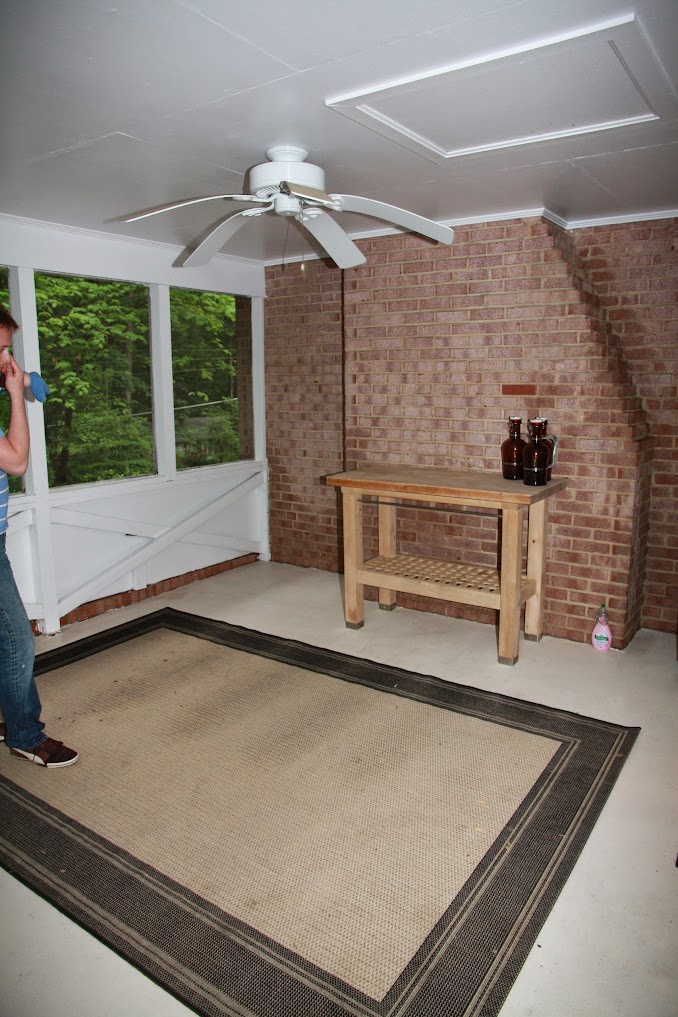 Can you spot the droopy sad part?? 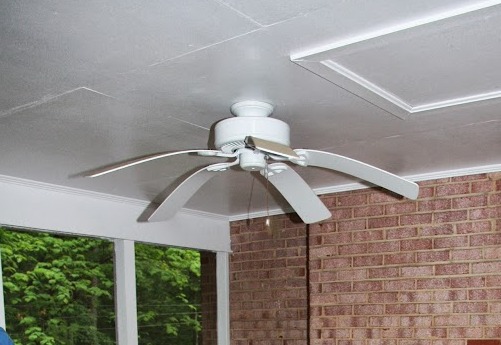 The saddest looking / non functional fan... I'm guessing that this fan was not intended for outdoor use and that the particle board blades were not meant to withstand the elements/humidity.

When it arrived Hubby was NOT happy... See I had purchased it without clearing it with him first and there were two big issues that I had not considered.
Opps...

So back to Home Depot it went and Matt came up with the SUPER economical recommendation to just replace the fan blades that were meant for the outdoors...

I purchased the Westinghouse White Outdoor Fan Blades from Home Depot for only $26.97

The blades came with pre-drilled holes... 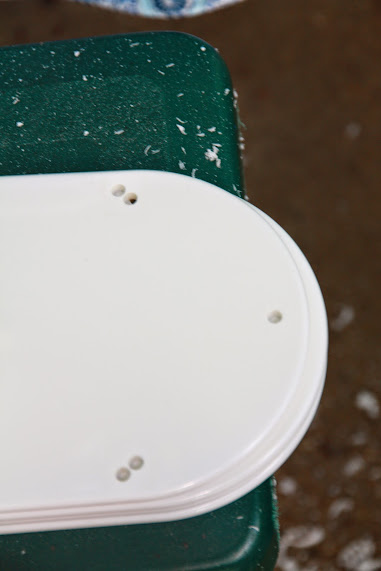 But they didn't fit what we needed. So hubby drilled me some new holes (using the old fan blades as a template)

And here they are on the fan! 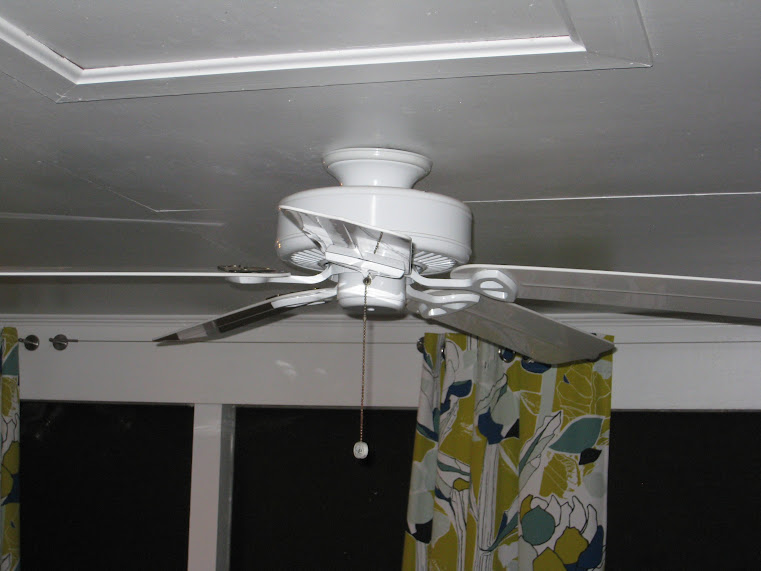 So excited! No more sad blades that don't work AND these are made from a thick resin so we will not need to worry about replacing in the future.

This was such an easy and money saving update. Now our fan is actually functional and we didn't need to replace the entire thing!
Posted by Julie at 5:30 PM