On Friday night we hosted a surprise Birthday Party for my mom! 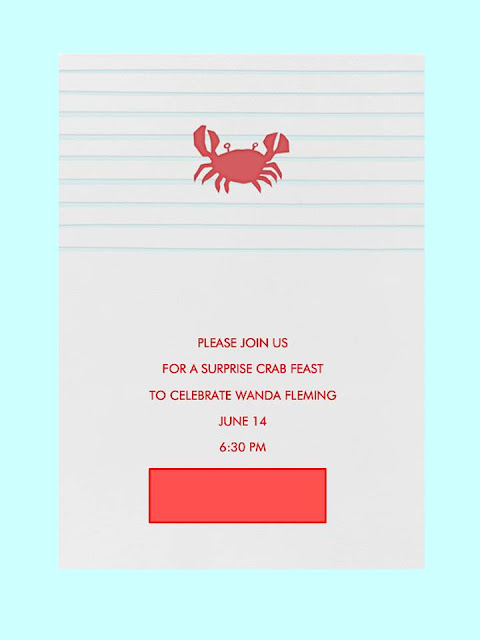 The invitation was sent out via Paperless Post and we had 16 people over to my house.

My mom was totally surprised as she thought that we were going to meet my Dad at the Army Navy Country Club for dinner... She thought that he had been playing golf but in reality he was helping us out with the party. As soon as a majority of the gusts arrived I told my mom that I was on the way to pick her up (because I'm nice like that and only wanted them to have one car at the club...). When I arrived at her house I told her that Hunter had spit up on his shirt and that Matt was changing him at home and that we were going to swing by and pick them up. Once we pulled up to the house I asked if I could quickly show her something that I had bought earlier in the day... We walked in and SURPRISE!!!

It was great! I sadly didn't take too many photos but here are a few that my friend Virginia snapped of the tables... We had three decorated all the same... 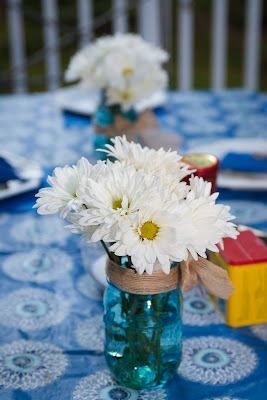 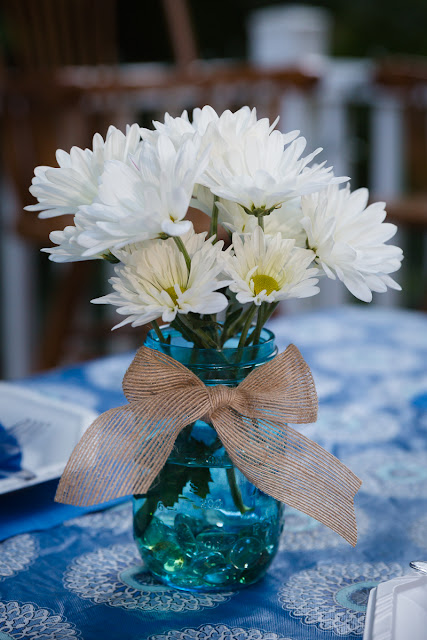 The centerpieces were SUPER easy! Vintage Inspired Ball Canning Jars,  Glass ball vase fillers from the Dollar Tree, White Daises, and some Burlap ribbon (that I had leftover from this project) 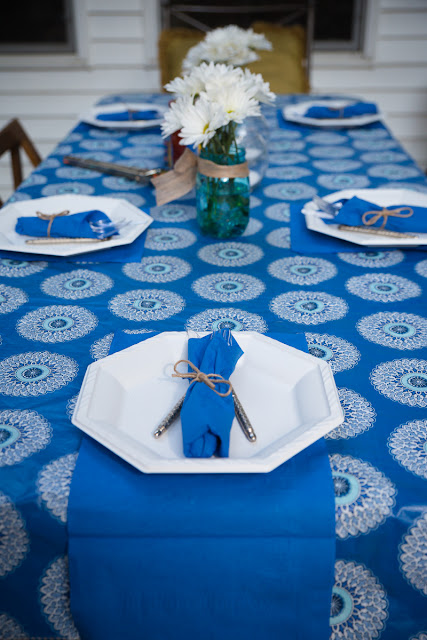 The table cloths were vinyl ones that I had purchased from Home goods earlier in the season for only $3.99 each so I knew that I wouldn't be upset if they were ruined from the crab... but they were not! They wiped clean easily.

For the place setting I unfolded a long blue napkin and placed some thick disposable plates (found from our local grocery store) on top with the crab cracker and disposable flatware wrapped in another blue napkin and tied with jute.

It was such a fun night and I was so happy that it seemed to go off without a hitch!