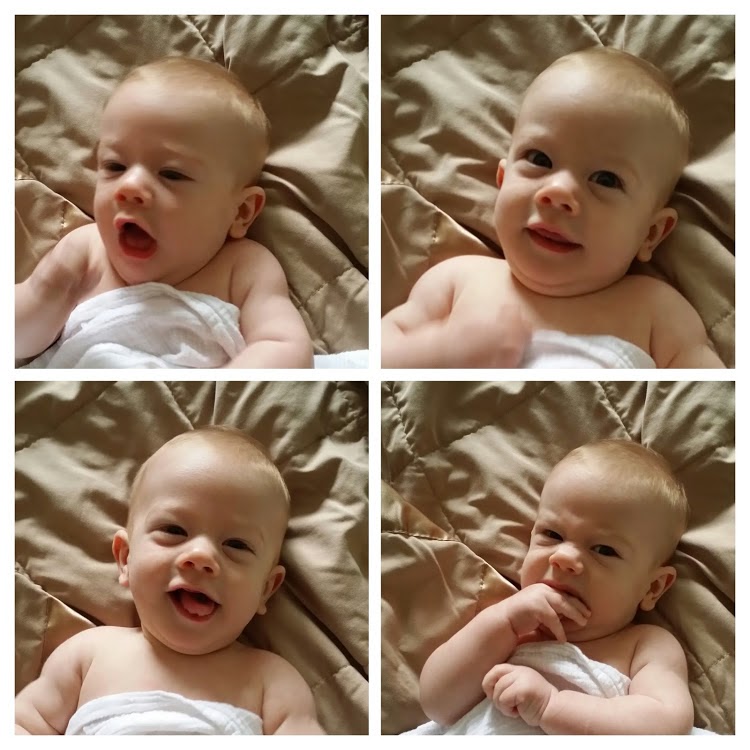 He turned 4 months last Friday but I delayed this post as I wanted to include stats from our doc appointment... but they are not good!

Yesterday was the first visit that I was not able to make so Matt took Gibson alone... and now I wish that I had been able to go... apparently Gibson is NOT gaining weight the way that they would like him to... he went from 80% to under 20% over the last TWO months. His weight gain was a little UNDER 4 oz... When Matt called to give me the news I was SHOCKED! He takes 15-20 oz a day from a bottle while I'm at work and I feed him three times after work, before bed. I know that I have good milk production because my supply is actually OVER what he takes in a bottle each day.

Right after I got off the phone with Matt I called and talked to the nurse-on-call (because I was so worried). She said the fact that my milk production was so good made it even more unsettling because it could mean that there could be another reason for his "Failure to thrive." As a mother you never want to hear those words! I feel like I'm failing him as I'm his food source. We have to monitor him over the next three weeks and go back in for another official weigh-in with a doctor. I will also be taking him weekly for a weigh-in with a nurse to make sure that he doesn't loose any additional weight.

So that is my big update and I will keep you all posted... now for the fun stuff that Gibson has been doing over the last month.. things that would NEVER even make me think that he was "failing to thrive"... 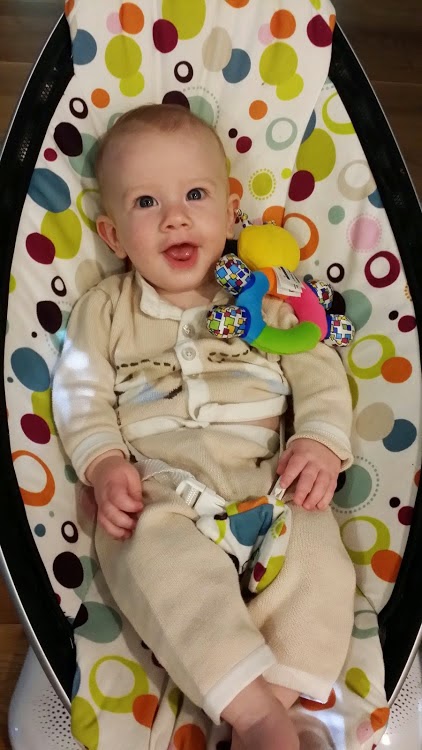 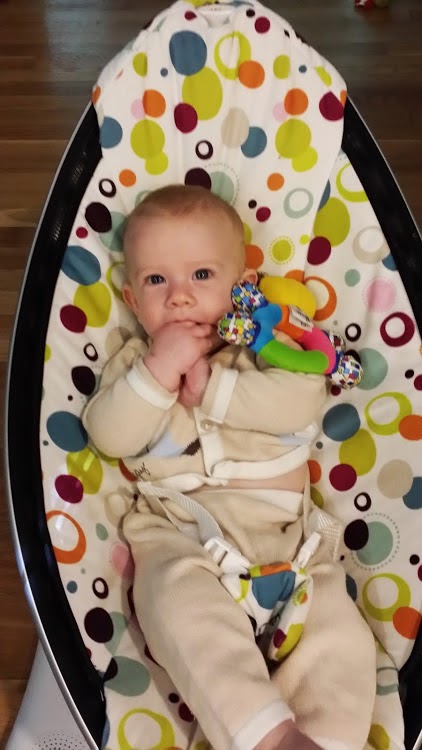 Gibson:
3 Months
2 Months
1 Month
Posted by juliemariepark at 9:56 AM