Here are a few photos that I managed to snap just the other day (he was NOT excited about it)! First time in JEANS... such a cutie! 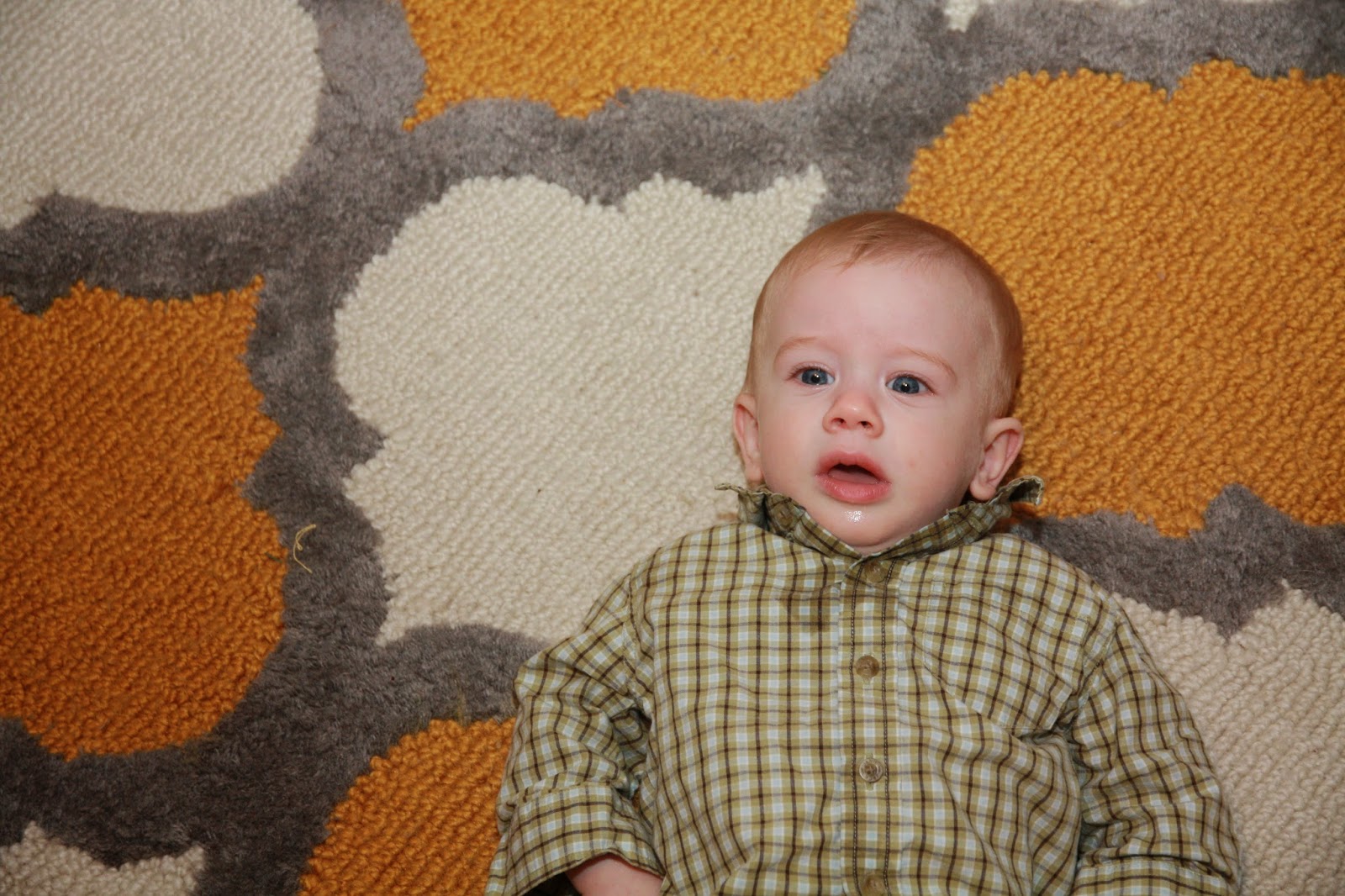 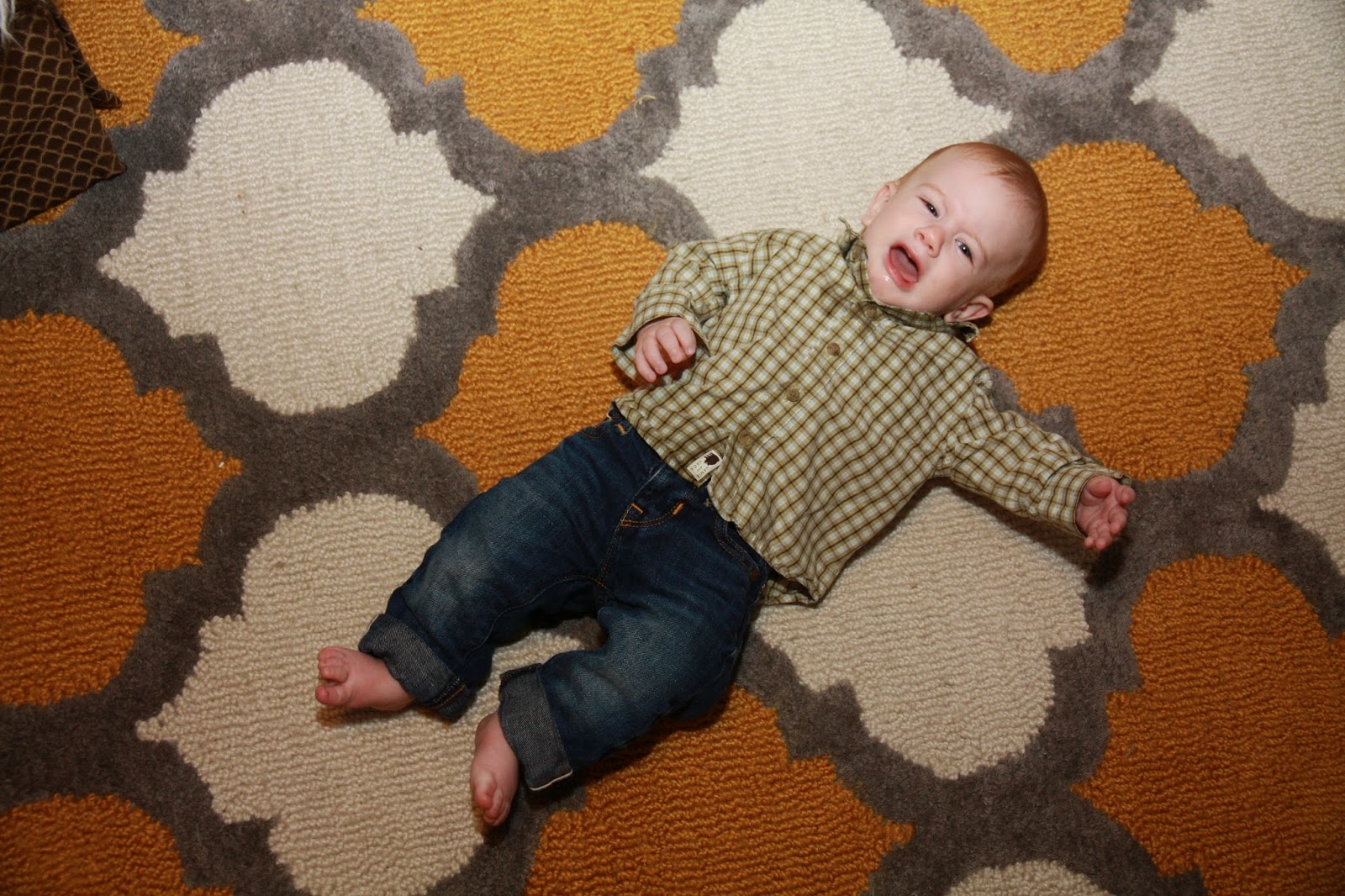 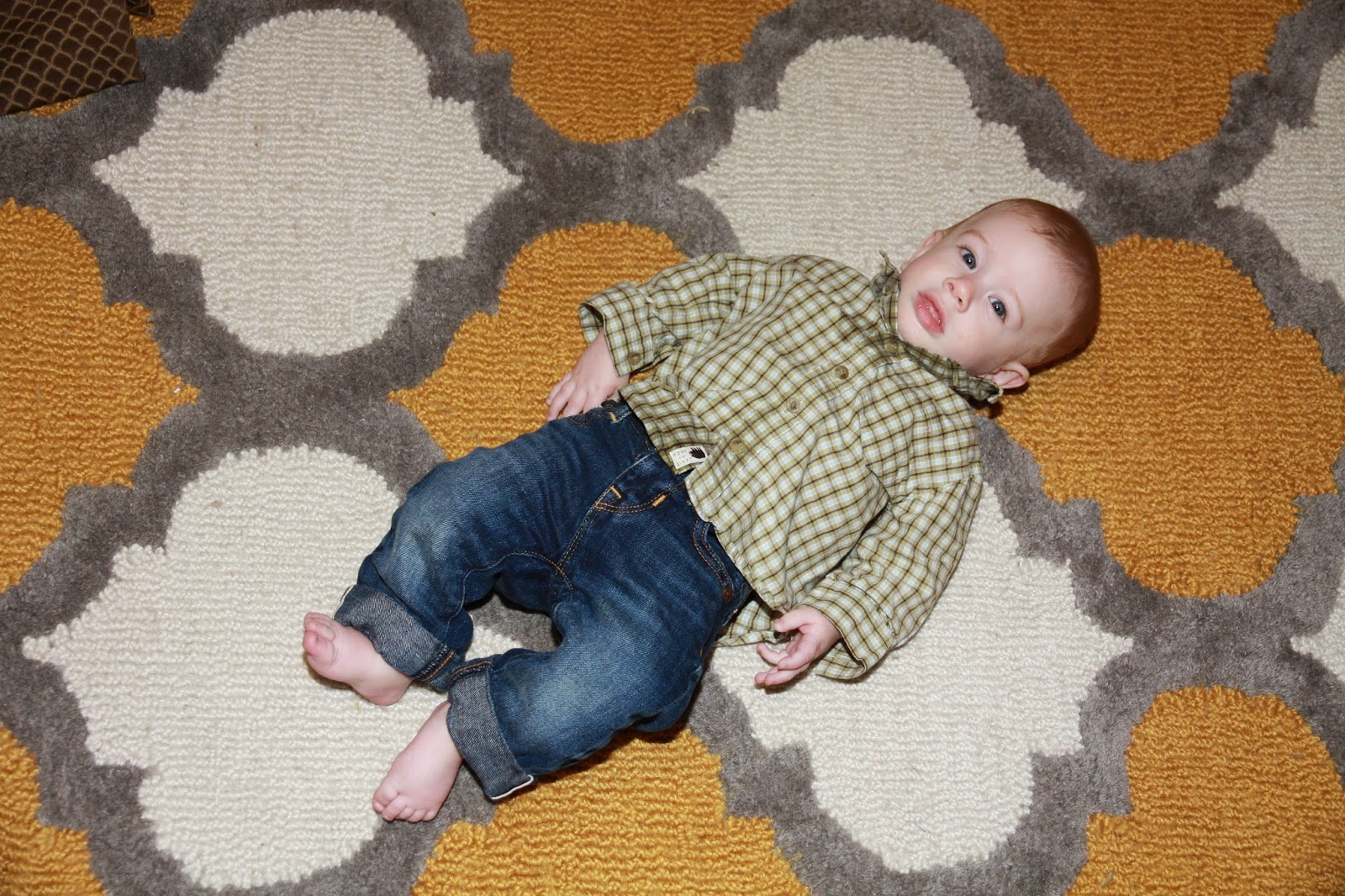 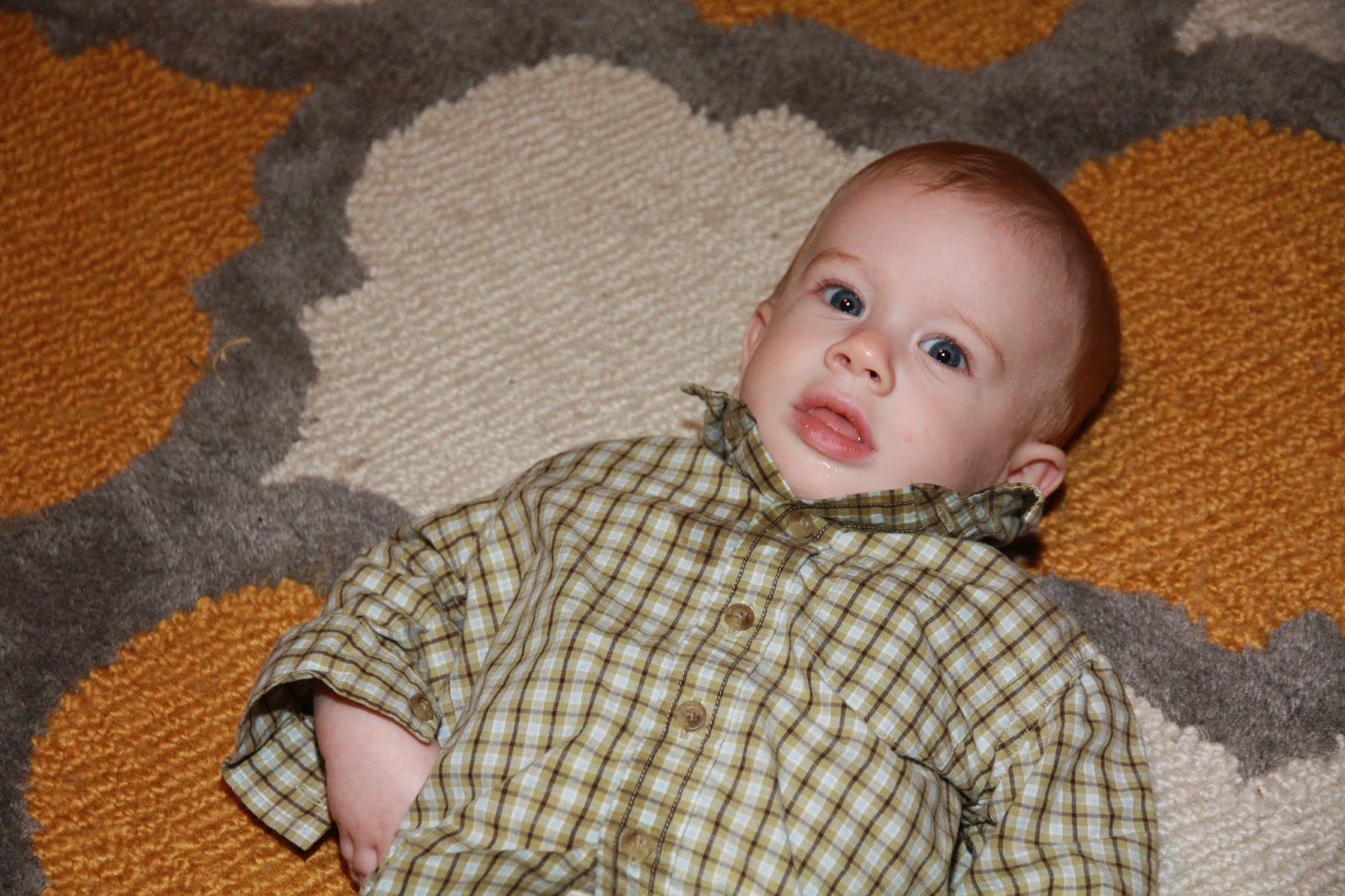 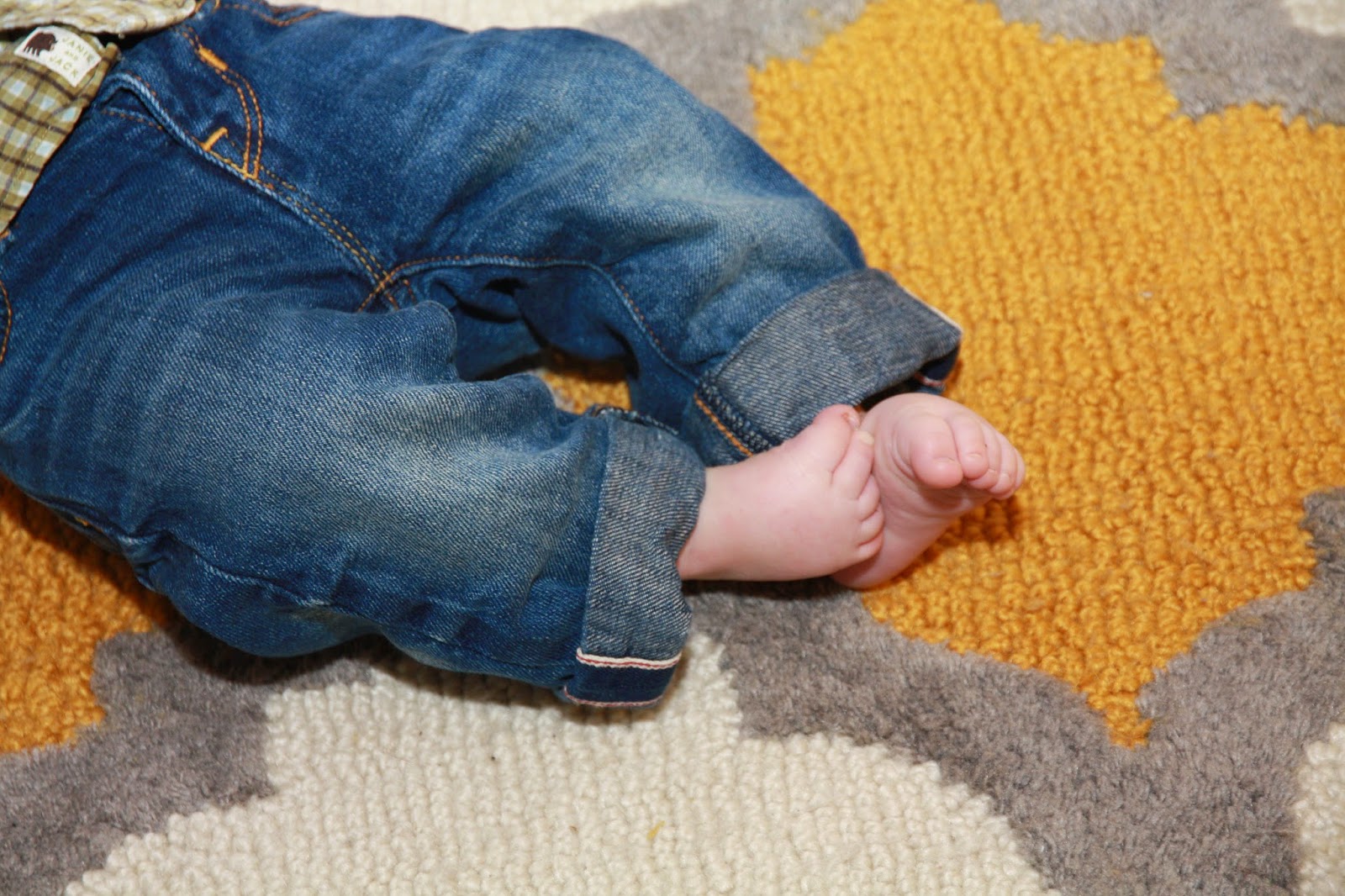 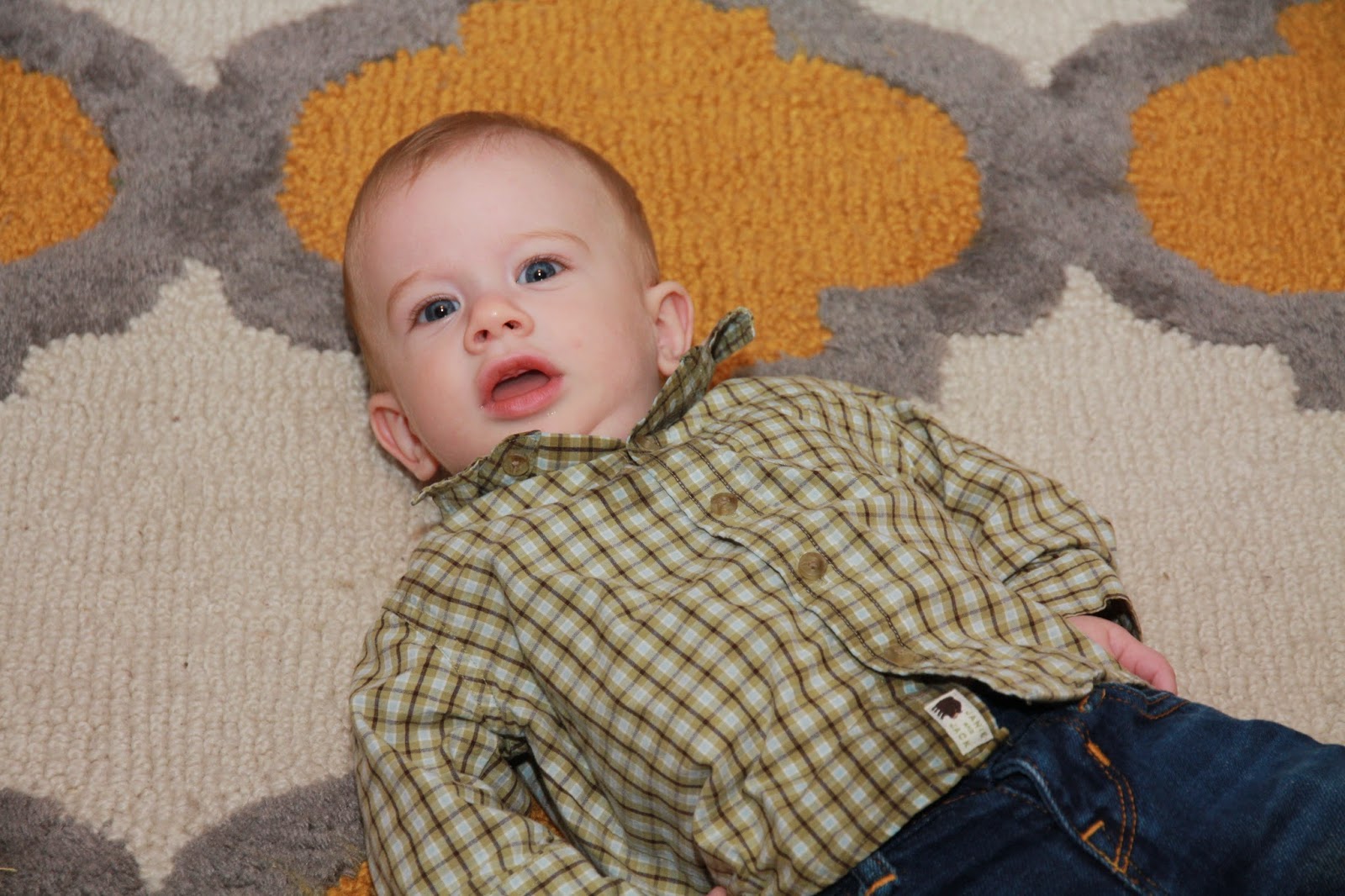 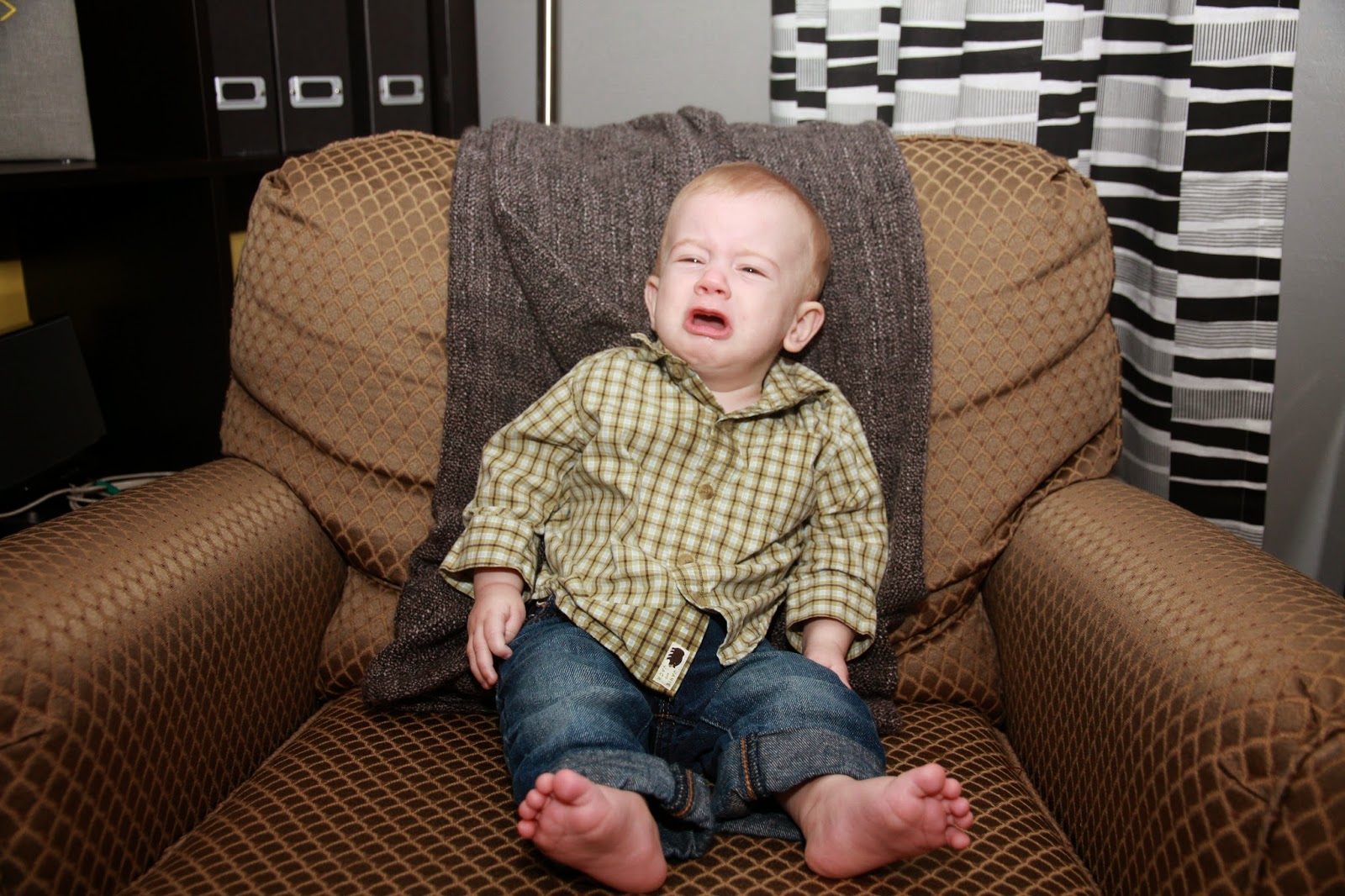 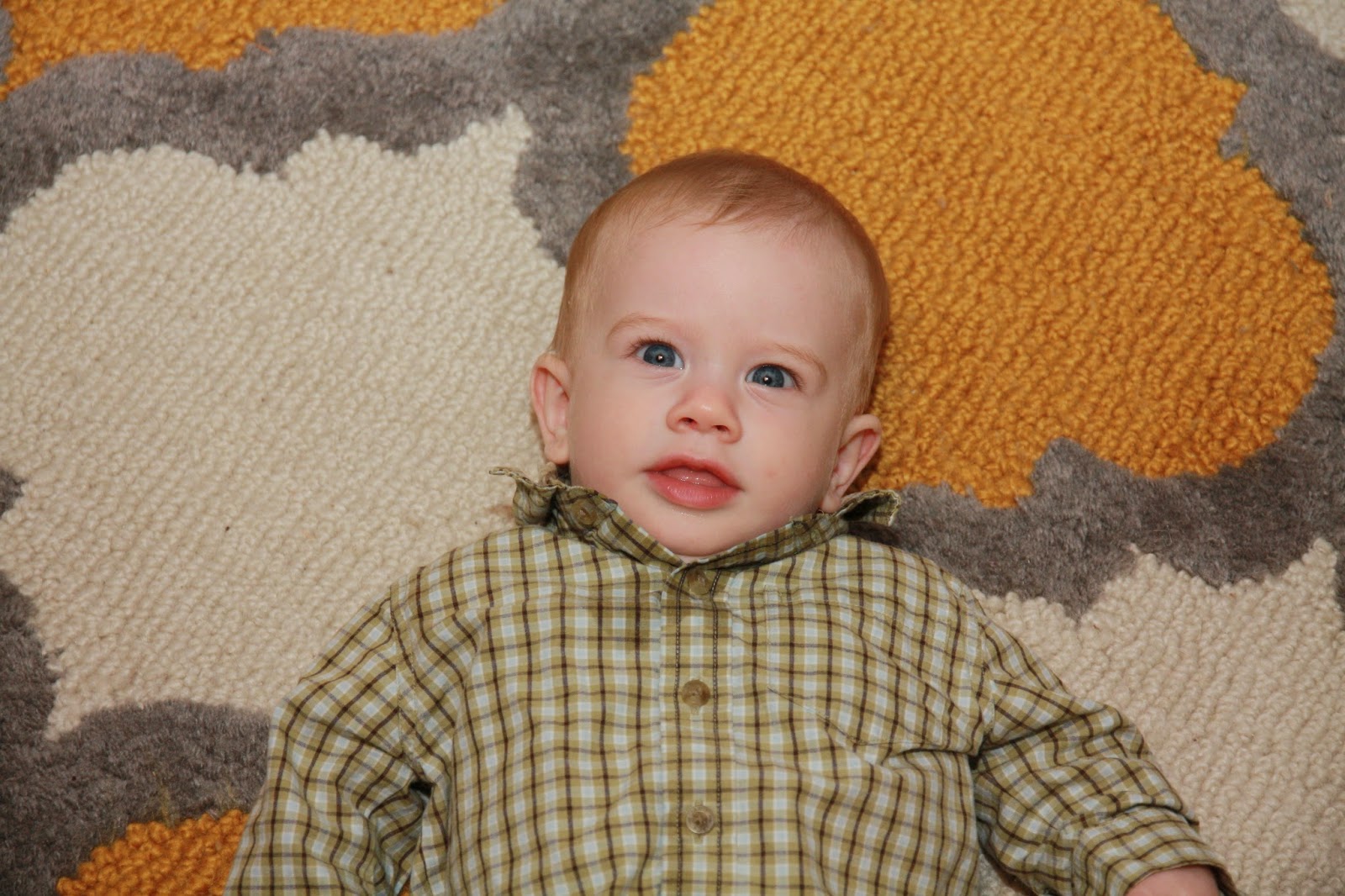 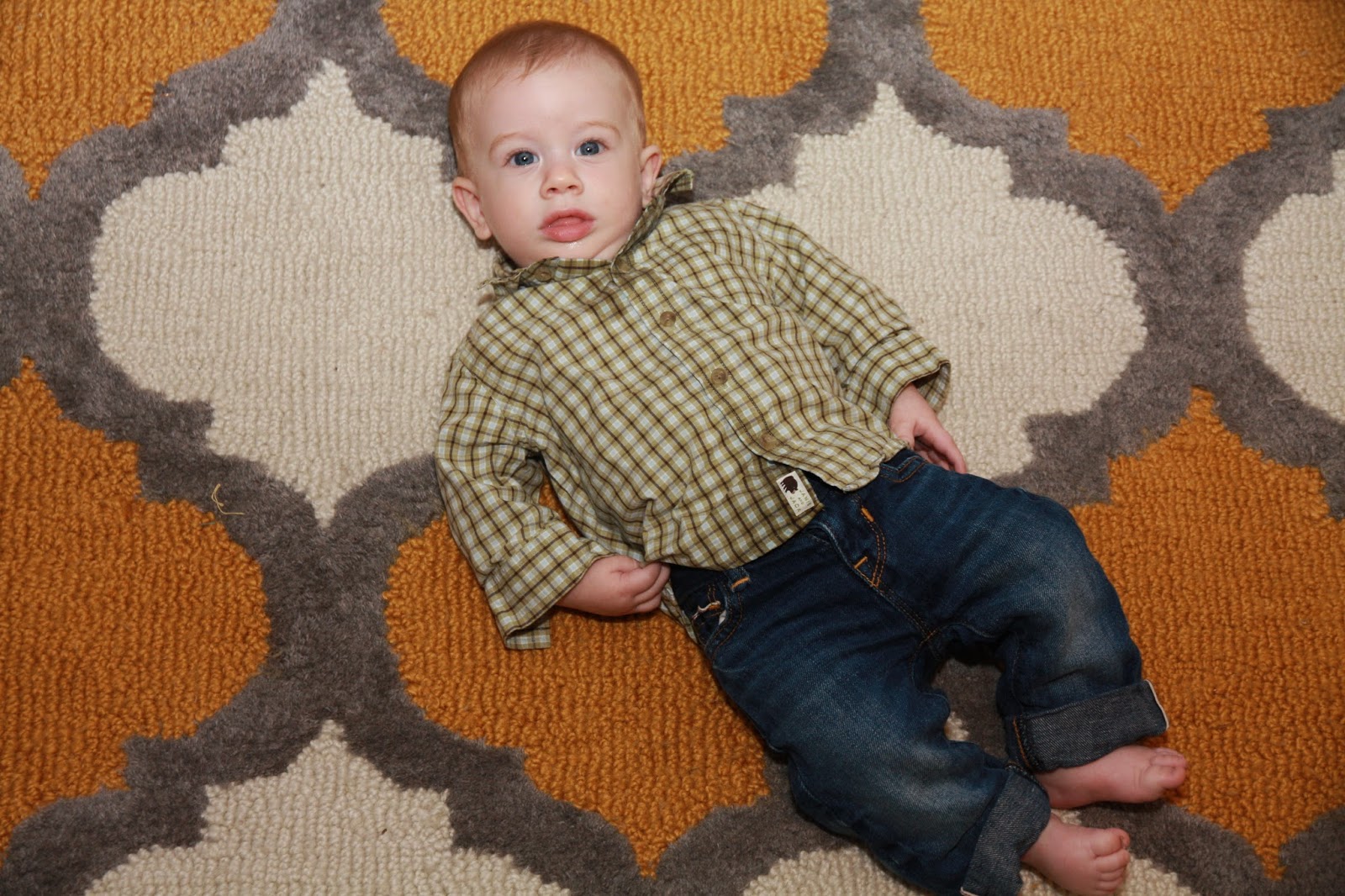 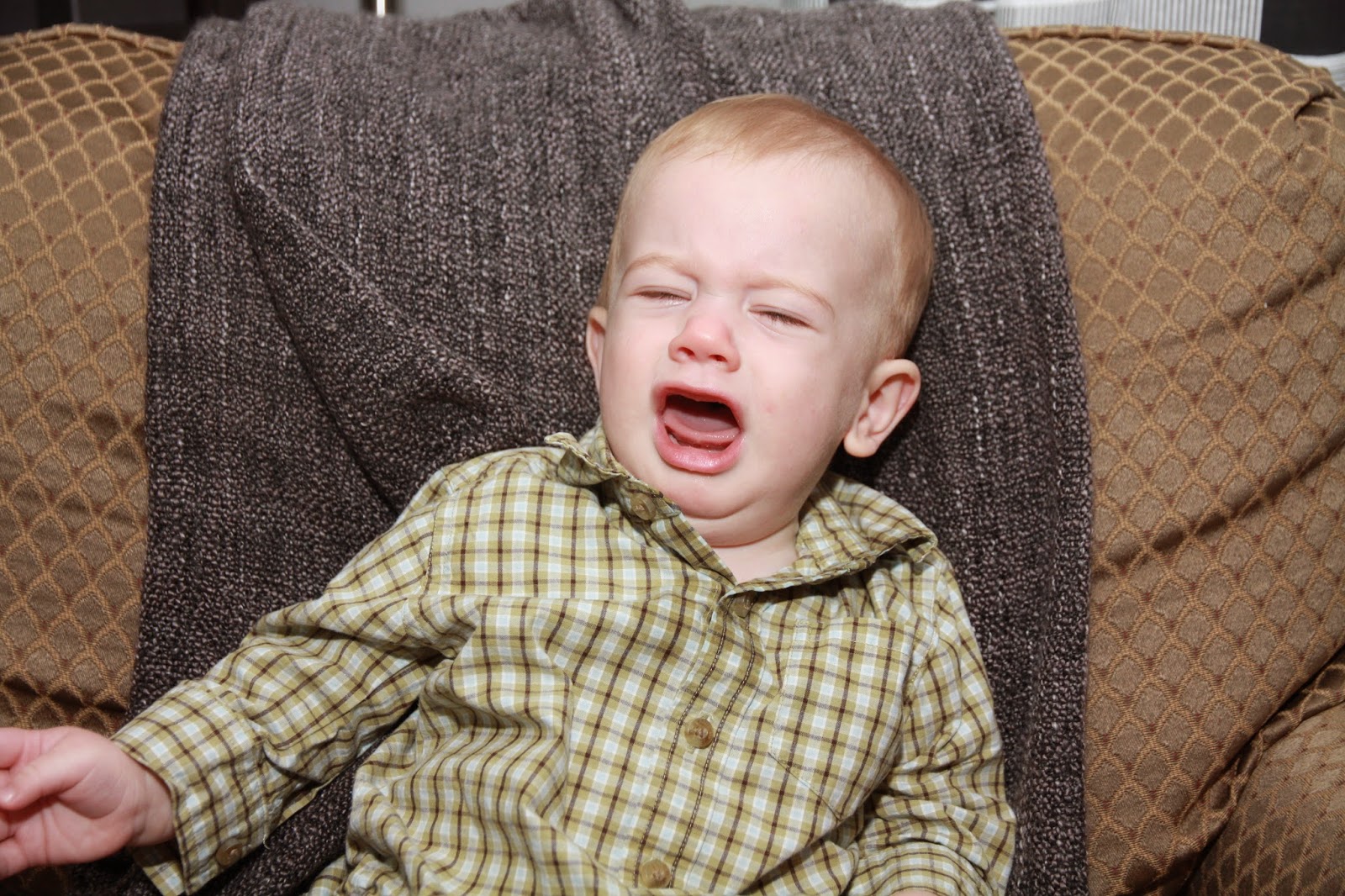 At 6 Months Gibson:
So here is the run down on Gibson and his weight. We still have no clue. We have discovered that Gibson eats about DOUBLE the amount of the "average" child his age. He typically eats 45+ oz and will down a 10 oz bottle like it is nothing. Our current feeding regimen (we have tried many in the last month) is to feed him two 10 oz bottles of my breast milk each day with two additional scoops of formula added into the milk bottle to add even more calories to his diet. After he gets those two bottles I'm able to breast feed on demand.

We continue to see our main doctor on a weekly basis for a weight check, nutrition re-evaluation (trying new things to get him to gain), and testing. Last week we went to a GI specialist at Children's hospital but she doesn't think that his lack of weight gain is GI related... but on a side note she plans to follow his progress because she has "never seen a baby his age that eats so much..." I mean that is really the main issue.... Gibson continues to be super happy and hits all other developmental milestones. If he wasn't gaining and consumed normal amounts of food I really do not think that anyone would be alarmed and heck I don't think I would be either... we would all just agree that he was a small guy and was likely going to be tall and skinny like his Daddy... The most alarming part to everyone seems to be that he drinks SOO much over the normal amount and that even with the addition of formula to my breast milk his weight just doesn't go up and even falls...

Here is a caloric comparison

Every week when I put him on the scale I just feel so defeated when he doesn't gain. Next week we are going to Children's in D.C to see a metabolic specialist . I'm looking forward to seeing what they say because these every week "playdates" to the doctor are not my idea of a good time.

Here is a look back at the last few months: