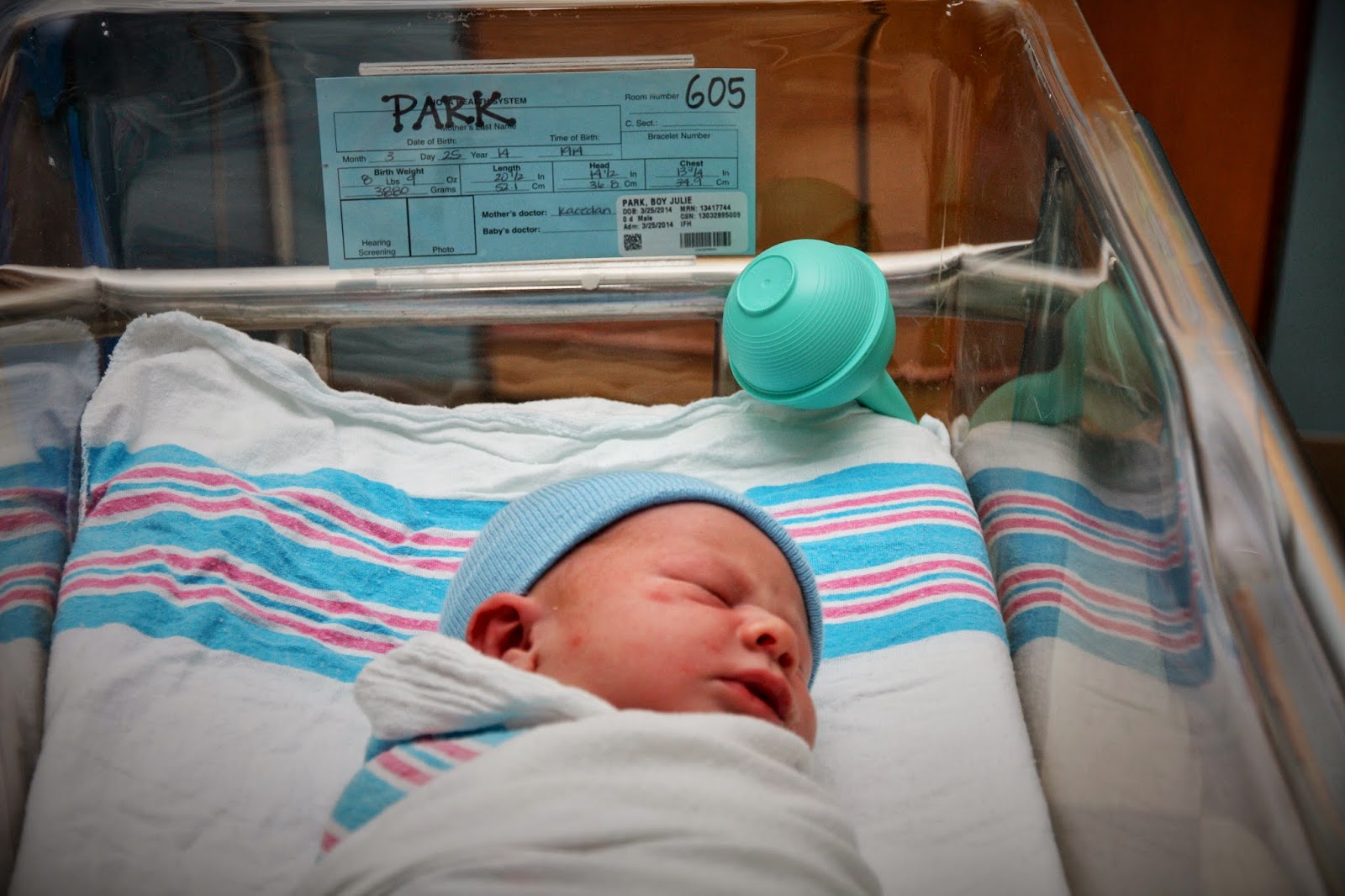 Happy to announce the arrival of Gibson Robert Park.

Born Tuesday 25 March and weighing in at a healthy 8 lbs 9 oz. This makes him my biggest baby yet. I am happy to say that I was able to deliver naturally without pitocin or  an epidural.

I'll do a full post later about his birth but let's just say that I didn't even "formally" push with Gibson. I was laying on my side in intense pain and I told my AMAZING doctor that I needed to be checked after the contraction was over... they were coming about one minute apart at this point and SUPER intense. The last time he had checked with only 5 minutes before and I was only 7 (almost 8) cm dilated. As he was about to get on his gloves for the check I started screaming that I was pushing because he was coming out and literally seconds later there he was on the bed! The doctor came over checked him out and all was good!

Gibson even had a few visitors late last night! One of my best friends, Virginia, was at the birth and I cannot wait to see some of the photos that she took for us! My mom and Emma also stopped by shortly after he was born. 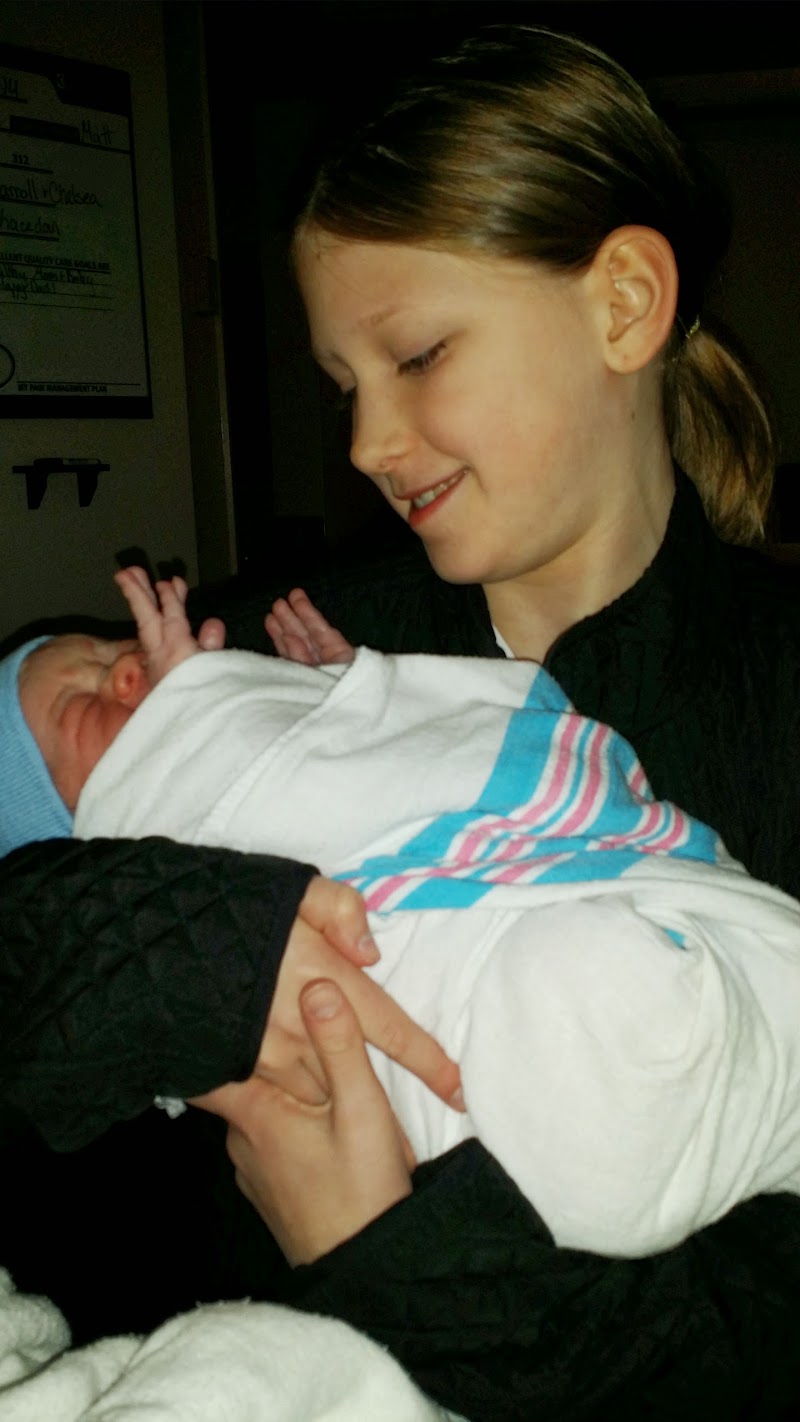 I'm feeling great and Gibson is also doing well. I think that we will even be going home tonight!
Posted by juliemariepark at 11:03 AM