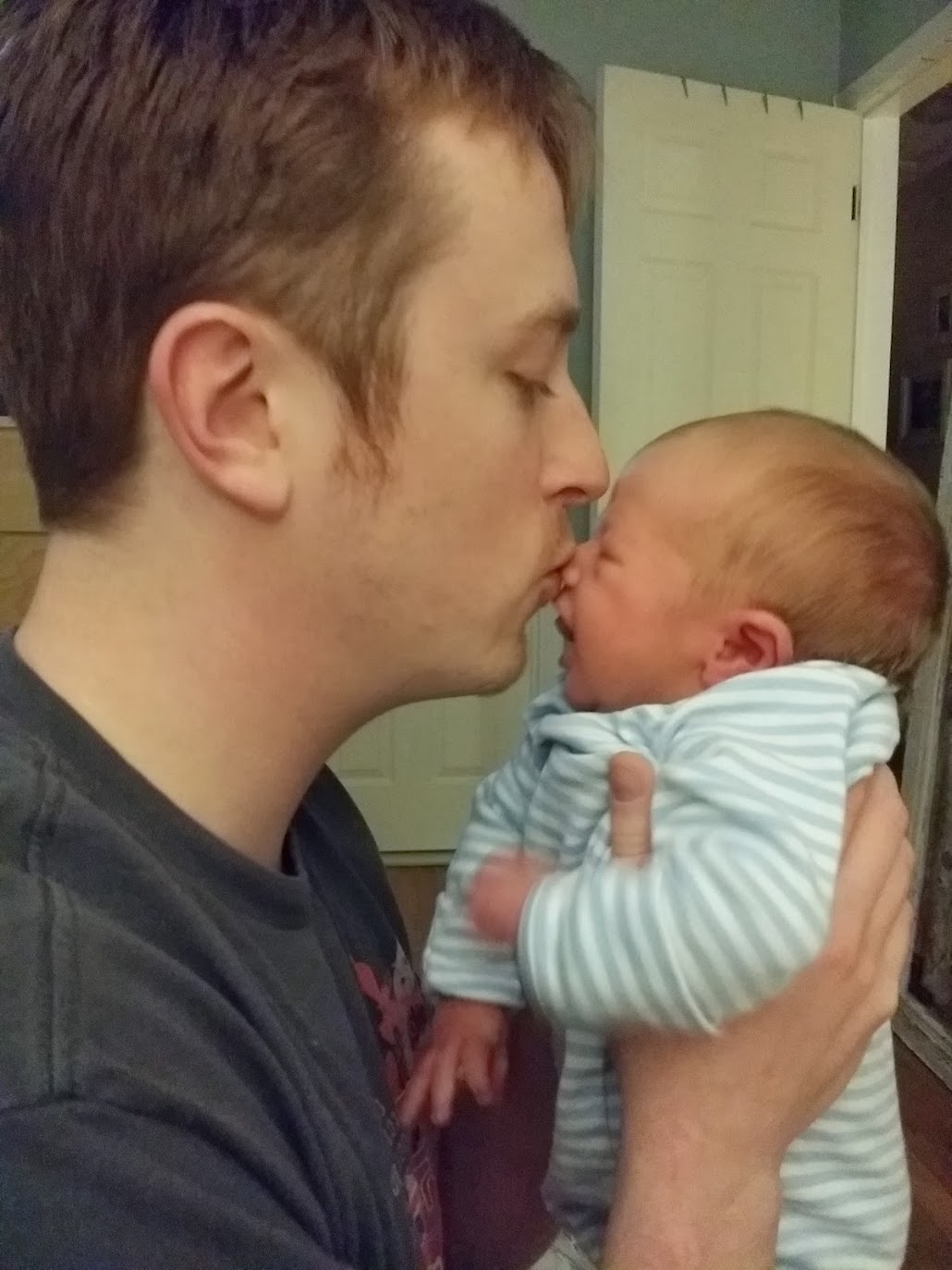 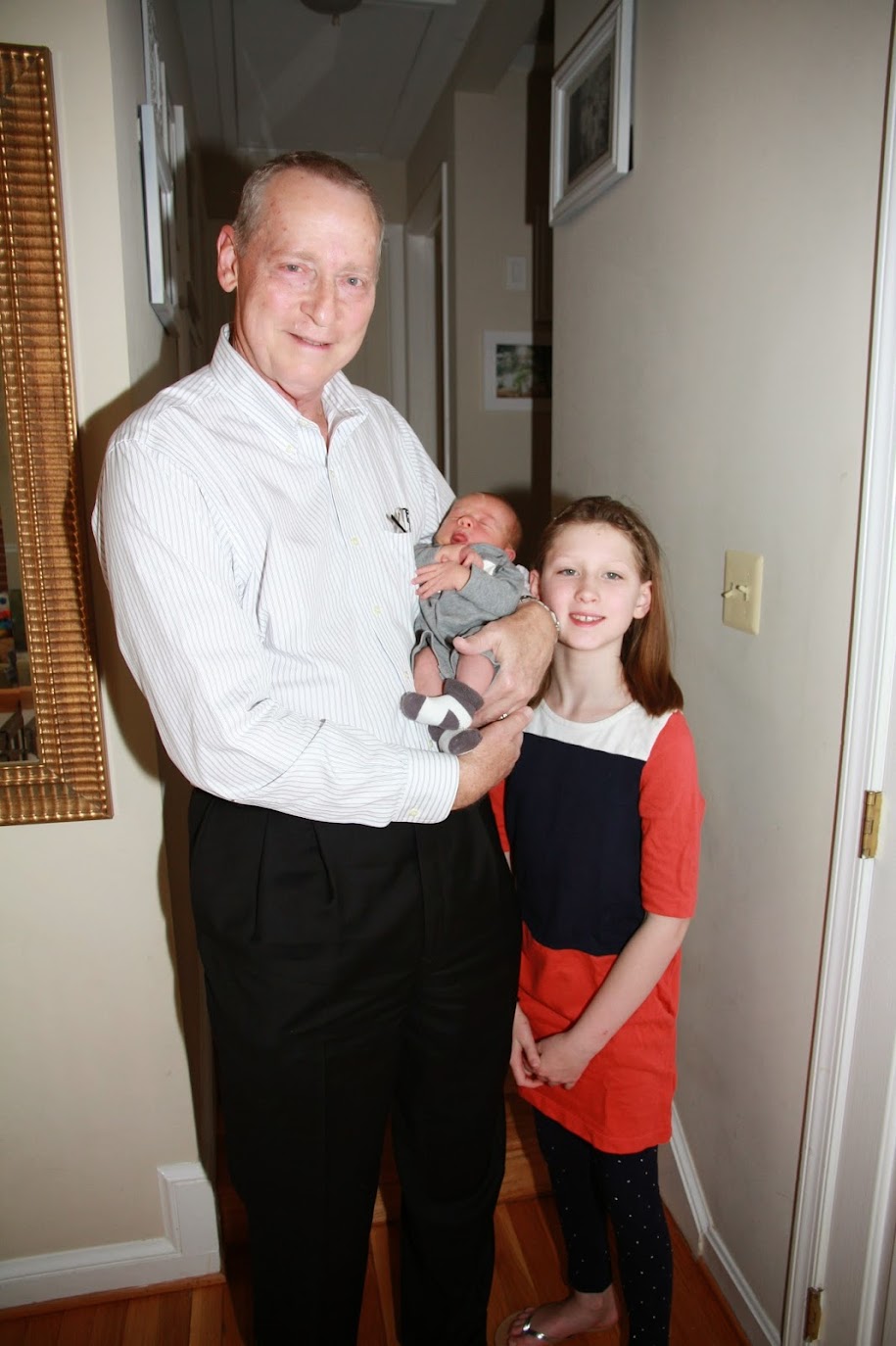 On Tuesday our little Gibson was 2 weeks old and as of Monday weighing in at 8lbs 11ozs. So happy that we are back up to our birth weight.

Things are going well and Gibson has been a very active boy with visits to Emma's school, soccer games, a bridal shower, the mall, and multiple trips to the grocery store. This is really the easiest time to  just pack this little man up and go.

Emma is still in total love with Gibson (even when he cries) and the second she gets home from school she rushes to wash her hands so that she can hold him.

Hunter is starting to get use to the new addition as well. In the morning when Gibson gets up Hunter will run up to him and give him a hug and kiss hello and at night he tells him "byebye" before bed. Outside of that he really only shows interest when I feed Gibson. During that time he likes to sit beside me to cuddle or he wants to suddenly jump on the bed...

Matt has also been super helpful! He had a week and a half off from work and started back yesterday. We will miss having him around during the day. At nights if Gibson isn't sleeping Matt will take him for a few hours after I feed him so that this mommy can get some sleep and in the afternoons he is on Hunter duty so that I can take a nap or shower while Gibson is also asleep.

The last two nights we had our best sleep with three hour stretches down and only 30 minutes in between of awake/feeding time.

Here are some photos from our second week: 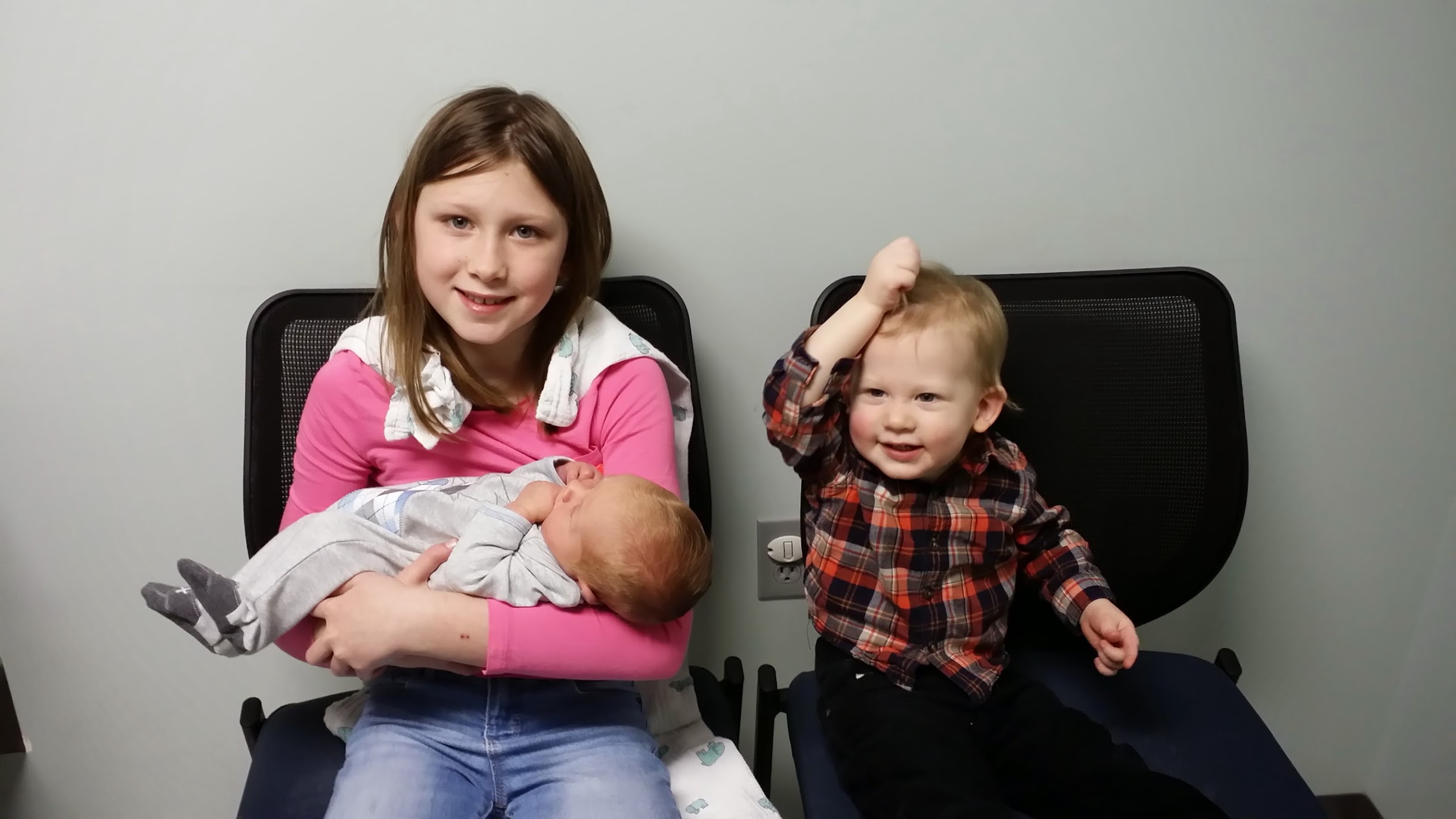 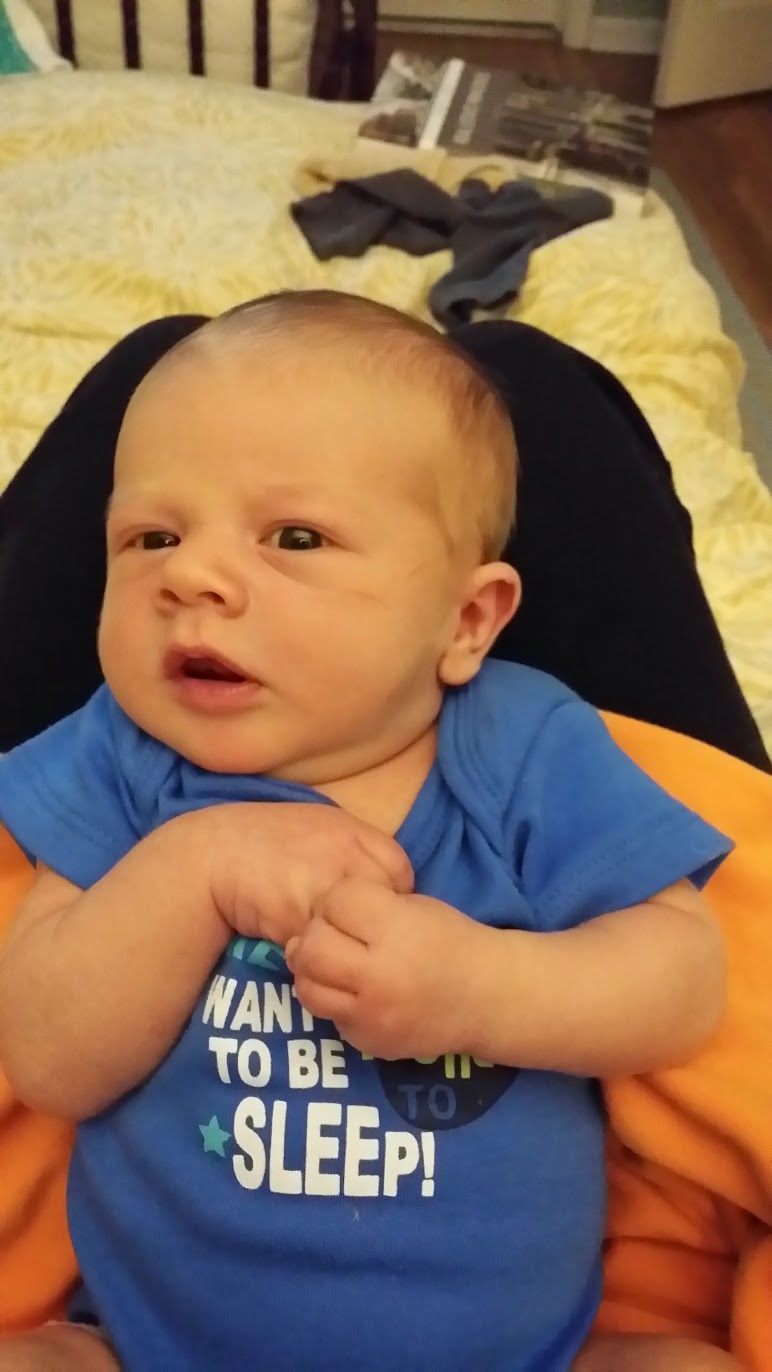 Posted by juliemariepark at 11:59 AM