As I reported yesterday Hunter Man now sleeps in his Bog Boy Toddler Bed for both nap time and bed time!!!!!!!! 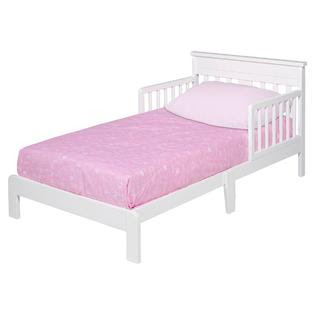 I had previously decided that it didn't matter what finish the bed came in because I was going to give it a nice coat of spray paint regardless. I wanted for the bed to really match the other items already in Hunter's room and I wanted for it to be something just for him. So... when I found the above bed at a great price and already assembled I took the leap and made the purchase.

When I cam home with the bed Matt looked at me like I was crazy because he knew (and I did too) that Hunter was not yet ready to leave his crib... but see I had a method to my madness... I wanted to get that bed into his room BEFORE Gibson arrived so it didn't seem like we were changing too many things on our first little guy all at once.

So it received a NUMBER of coats of spray paint (two cans worth) and it was placed in Hunter's room...

I bedding was purchased from IKEA... The duvet was for a twin bed (only $19.99) and I cut and sewed it so that it would fit perfectly on the smaller bed.

We started right away talking about a Big Boy bed and we would read books there each night or lay there while we would sing to Hunter in the dark before placing him in his crib for the night. After a few weeks we even tried to  place him in the toddler bed for nap time... IT WAS A HUGE FAILURE! He immediately got up and screamed by the door for 30 minutes. We would always end up having to go into his room to calm him down and he would be placed into his crib...

Hunter also started placing his toys into his crib before bed each night and I feared that he was just too attached to the crib and that he was not going to be in the toddler bed by the time we would need to move Gibson down to his room...

In fact, Gibson arrived and in the hospital I brought up the fact that we might need to just go ahead and get a crib for his room because I didn't see Hunter sleeping in a toddler bed ANY TIME SOON... and that was two weeks ago...

The day that we brought Gibson home everything changed... When Matt was putting Hunter to bed that night he did his song in the dark laying in the toddler bed like usual but at the end Hunter stayed laying perfectly still and content. That first night and for about a week after Hunter would be on the bed for about the first hour and would eventually fall off. We would check the monitor every time we would wake-up for a feeding with Gibson and Matt would go down and pick Hunter back up and place him on the bed.

Now he stays up on his bed without falling out and he will sleep there all night and stays in bed for nap time! I cannot believe how suddenly everything just clicked. Every morning we give him praise for sleeping in his Big Boy Bed and we now talk about how Gibson will sleep in the crib soon!

He is what Hunter's bedroom is looking like now! 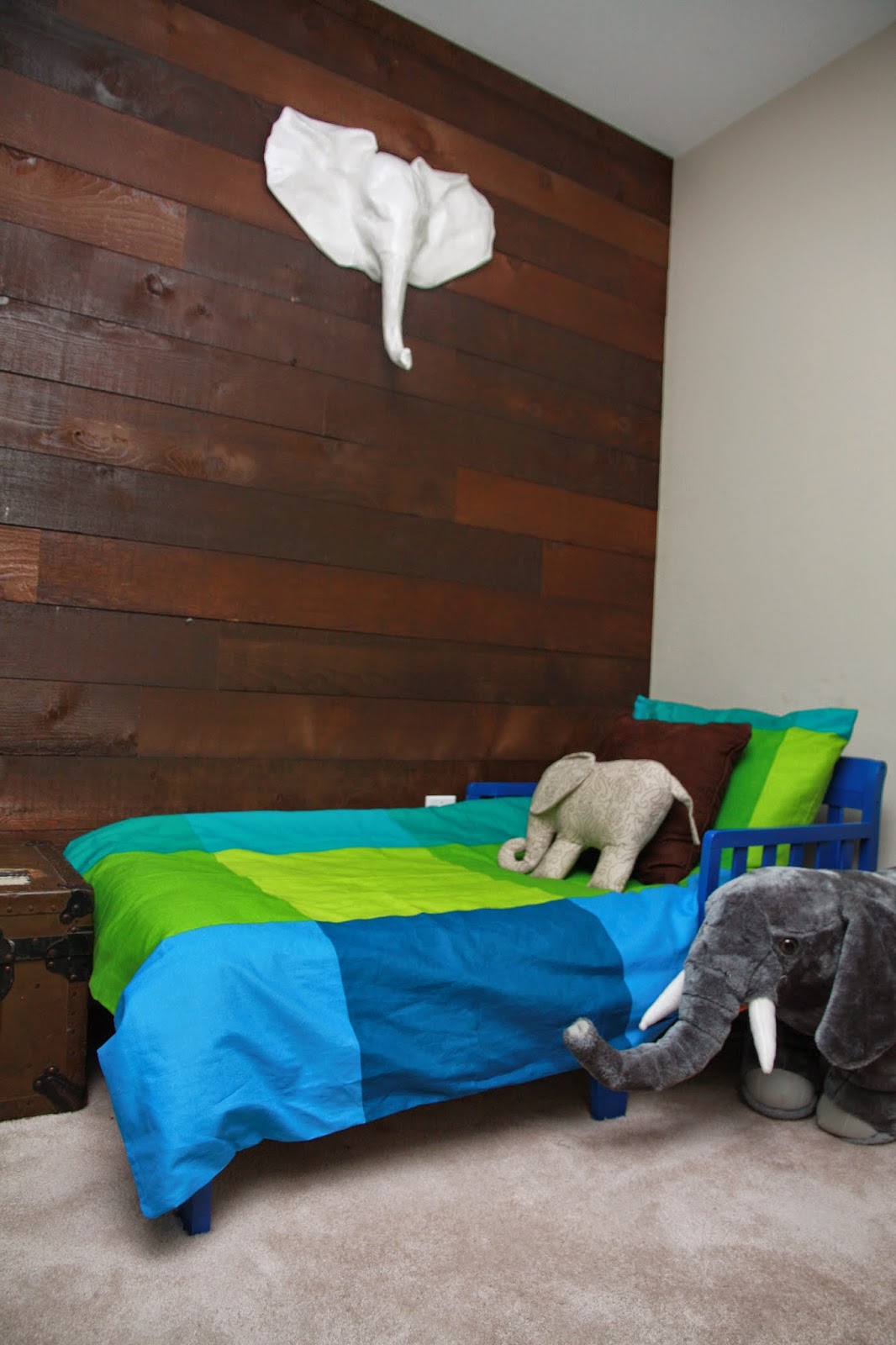 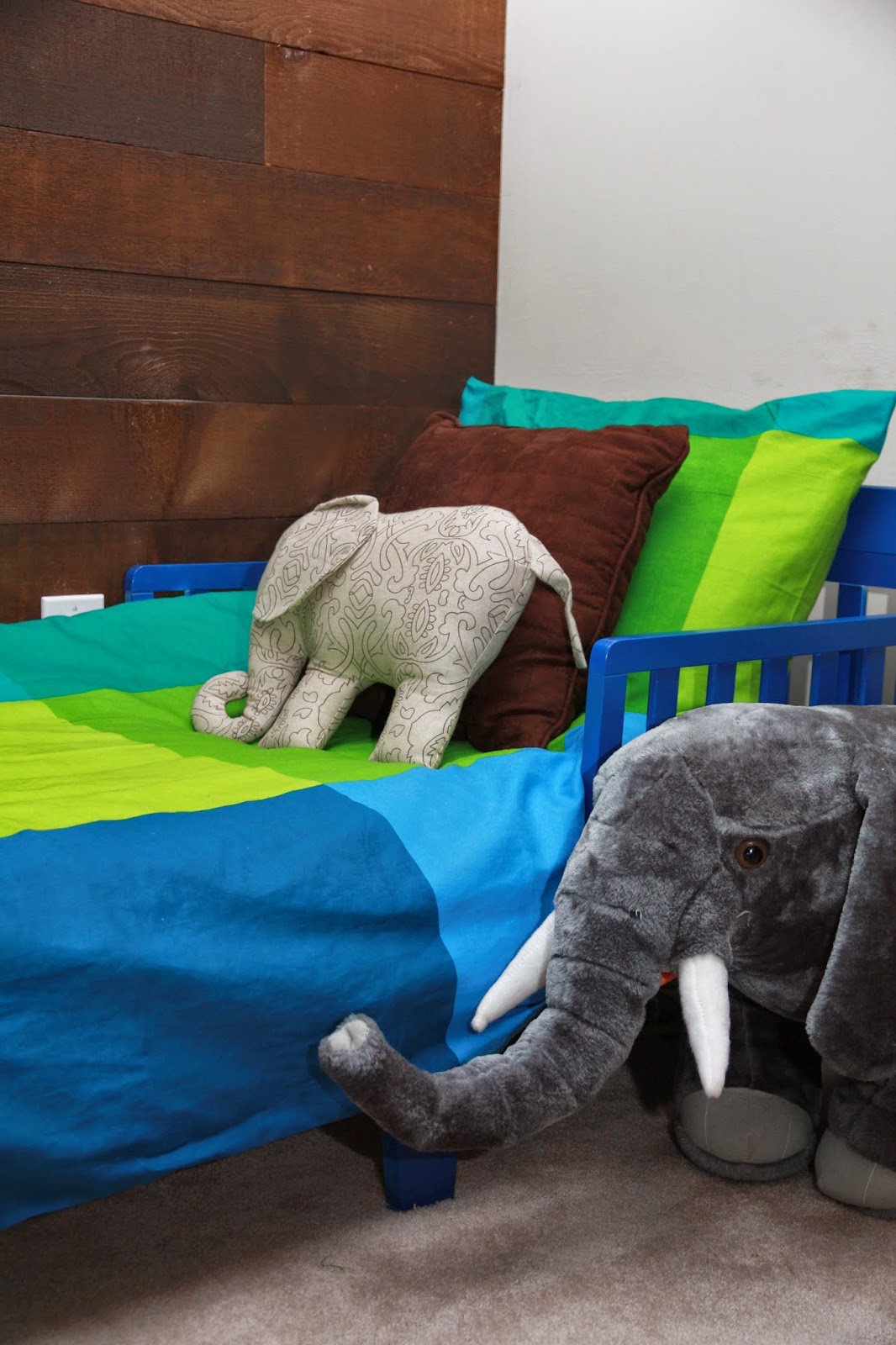 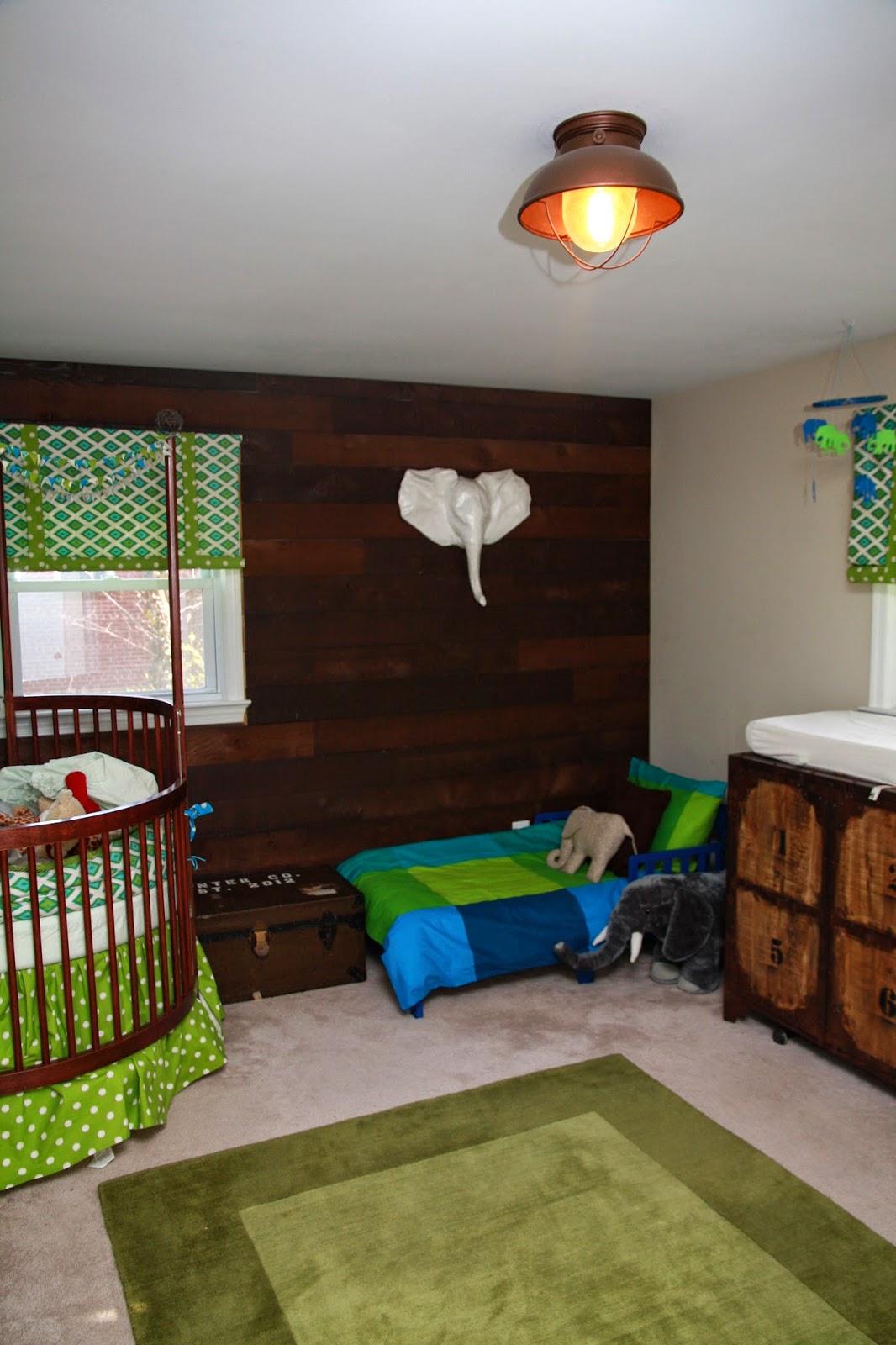 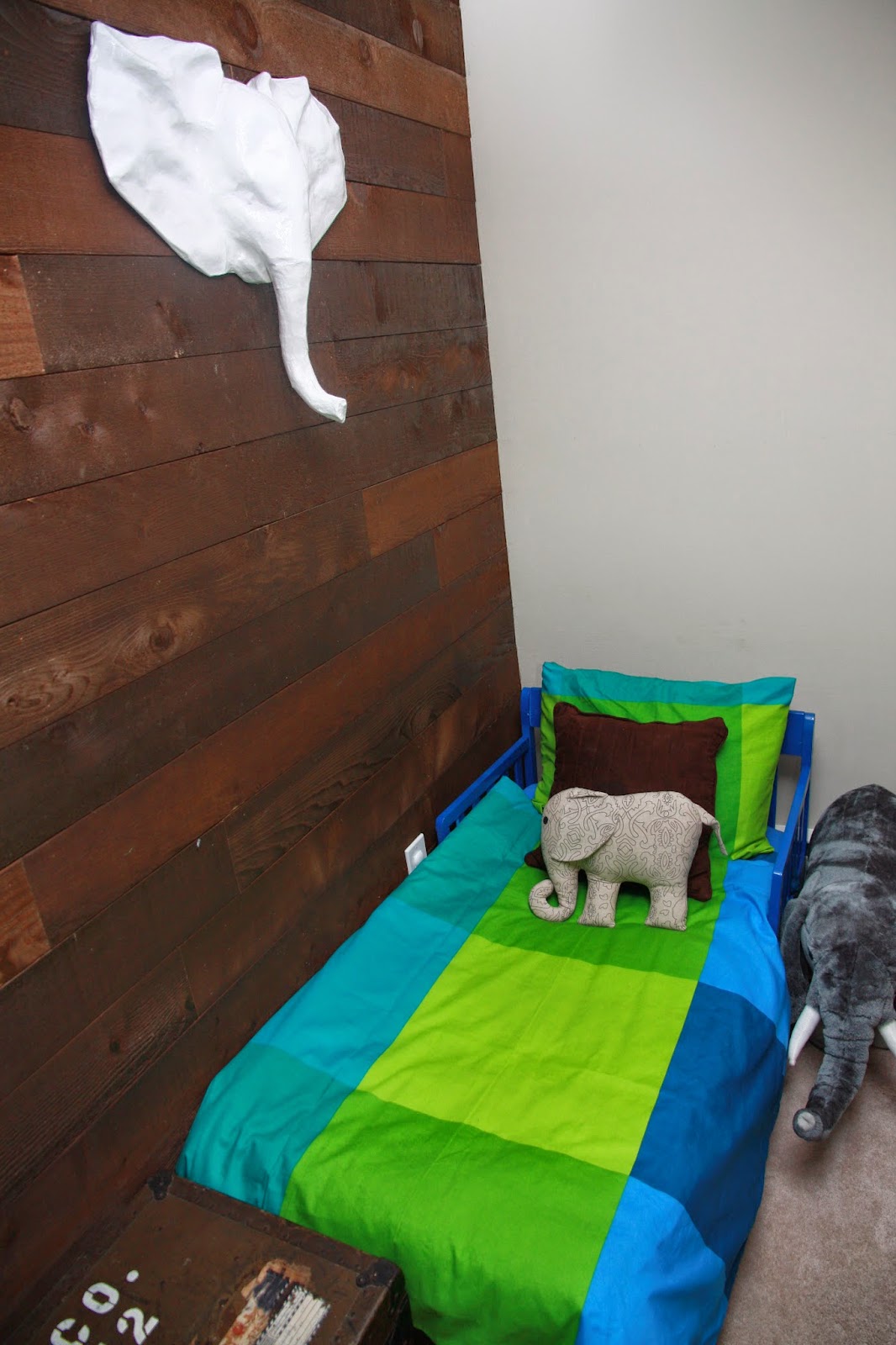 and here is Hunter Man enjoying his bed! 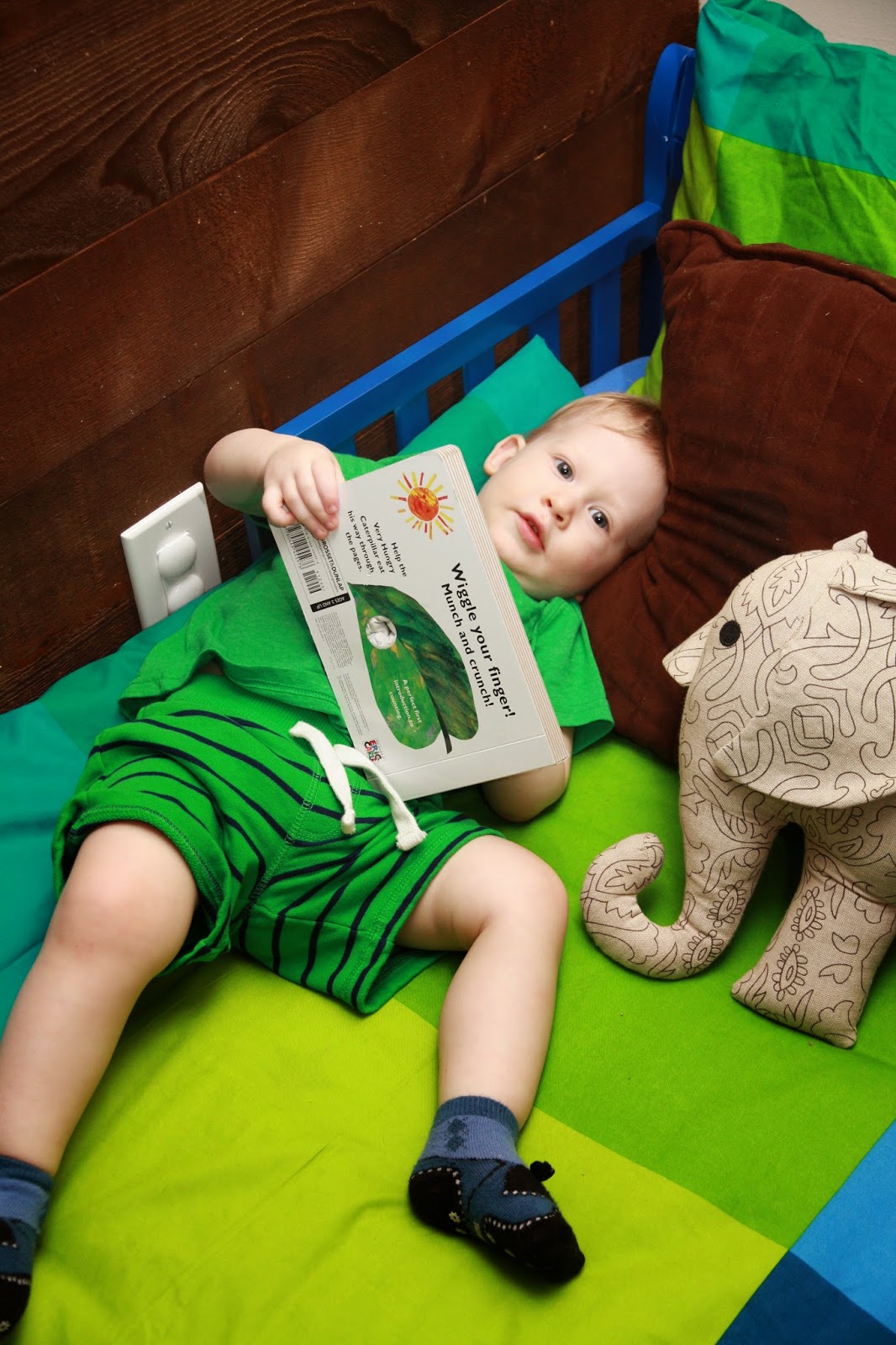 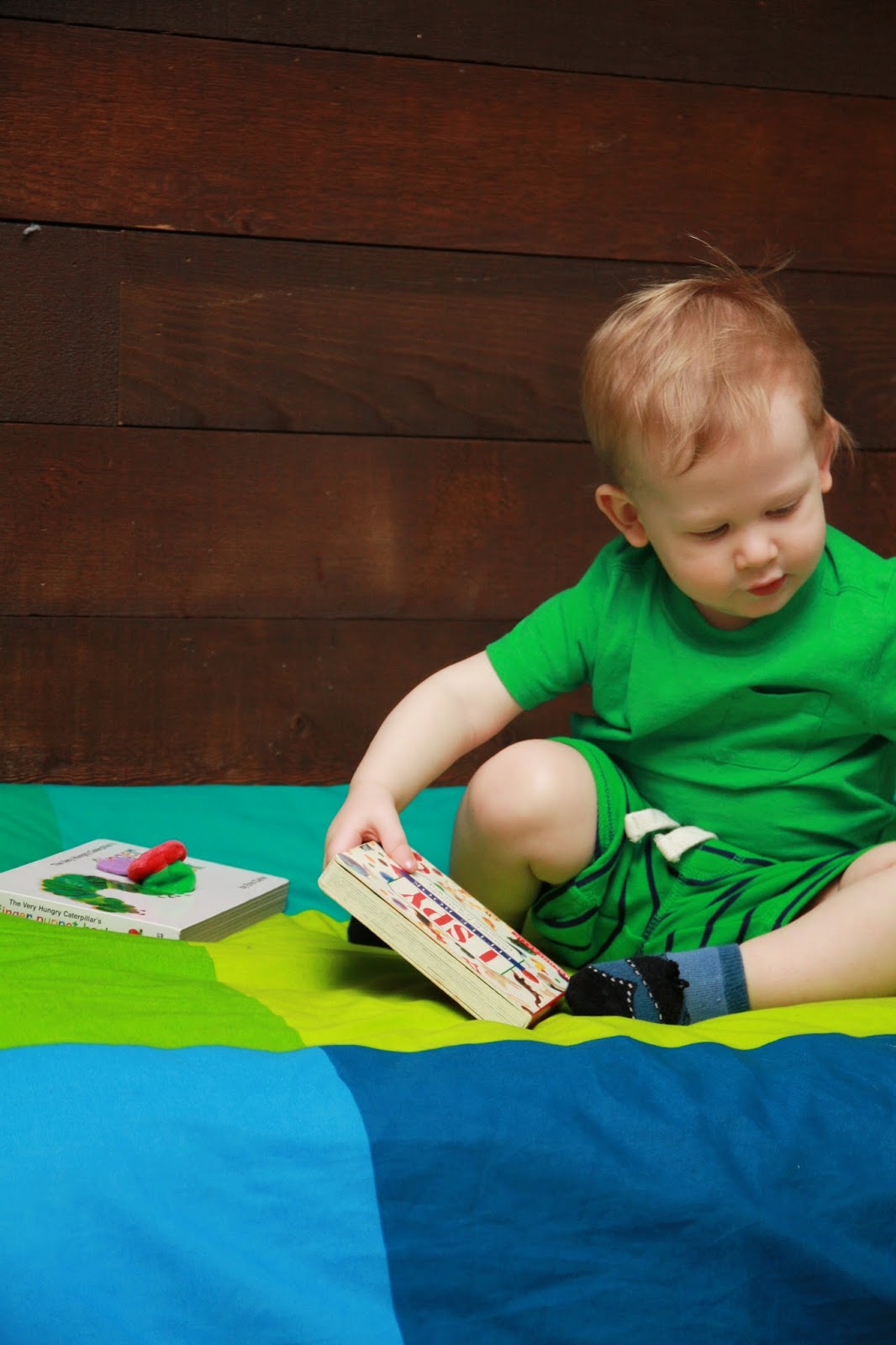 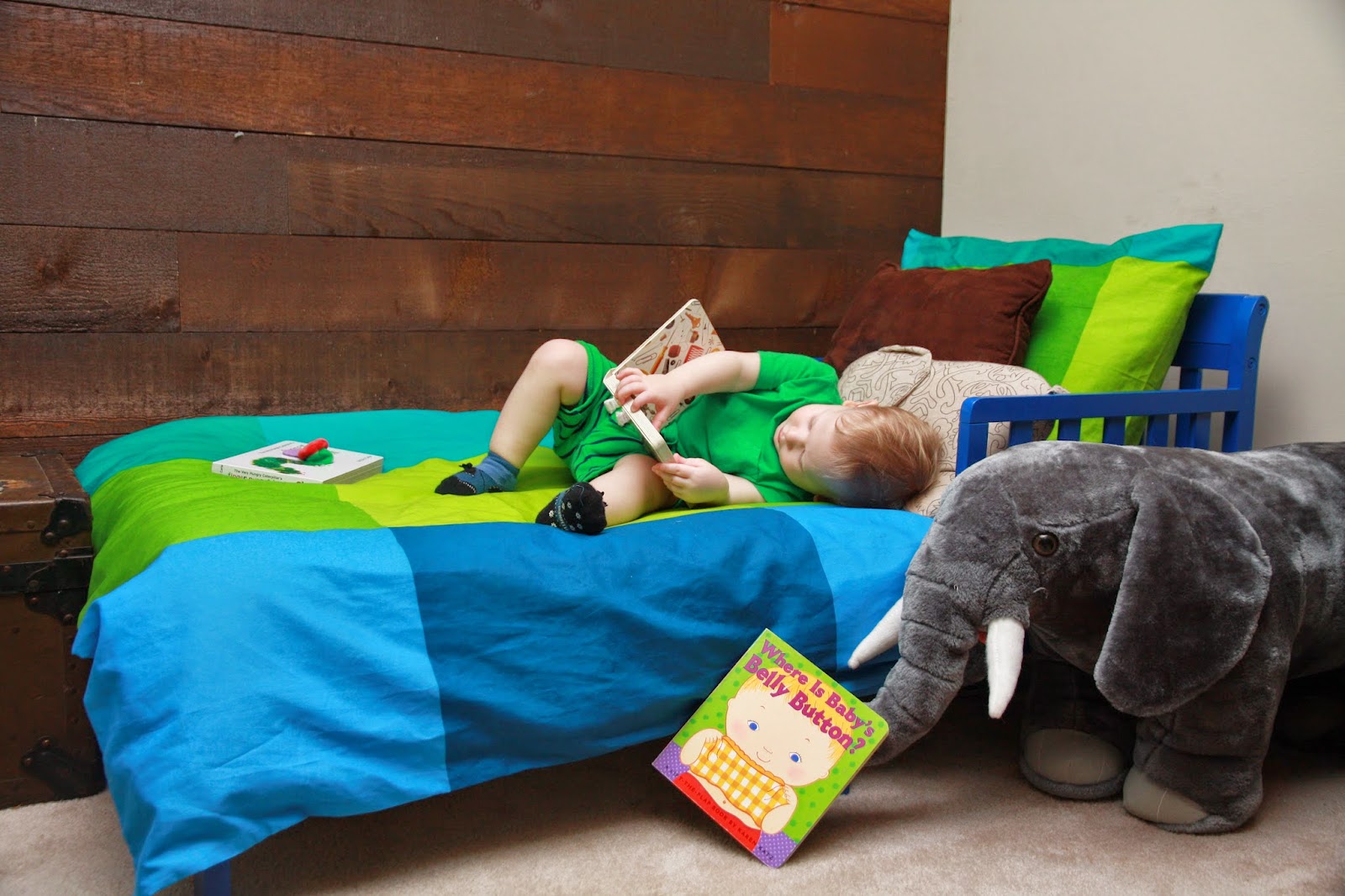 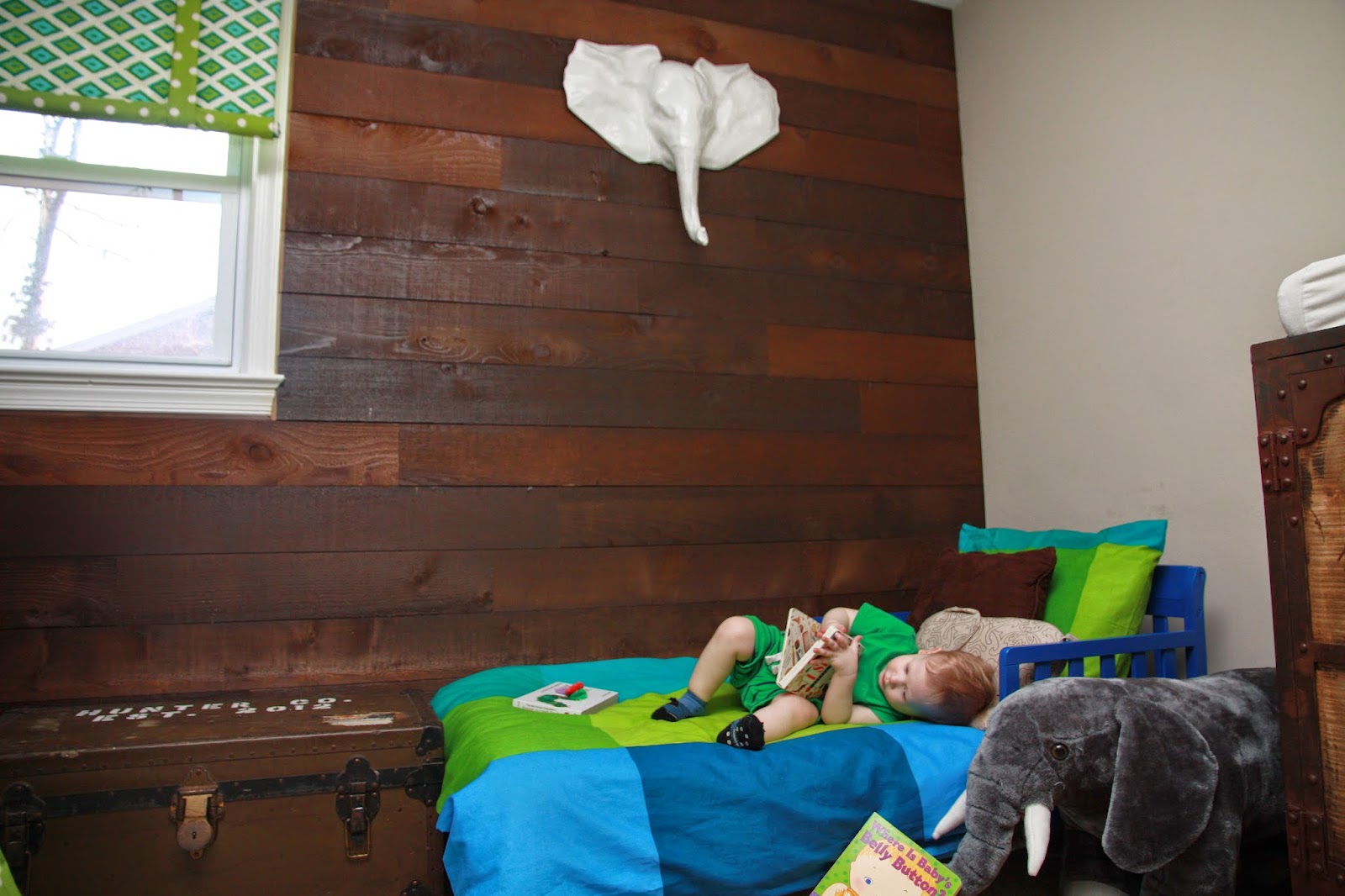 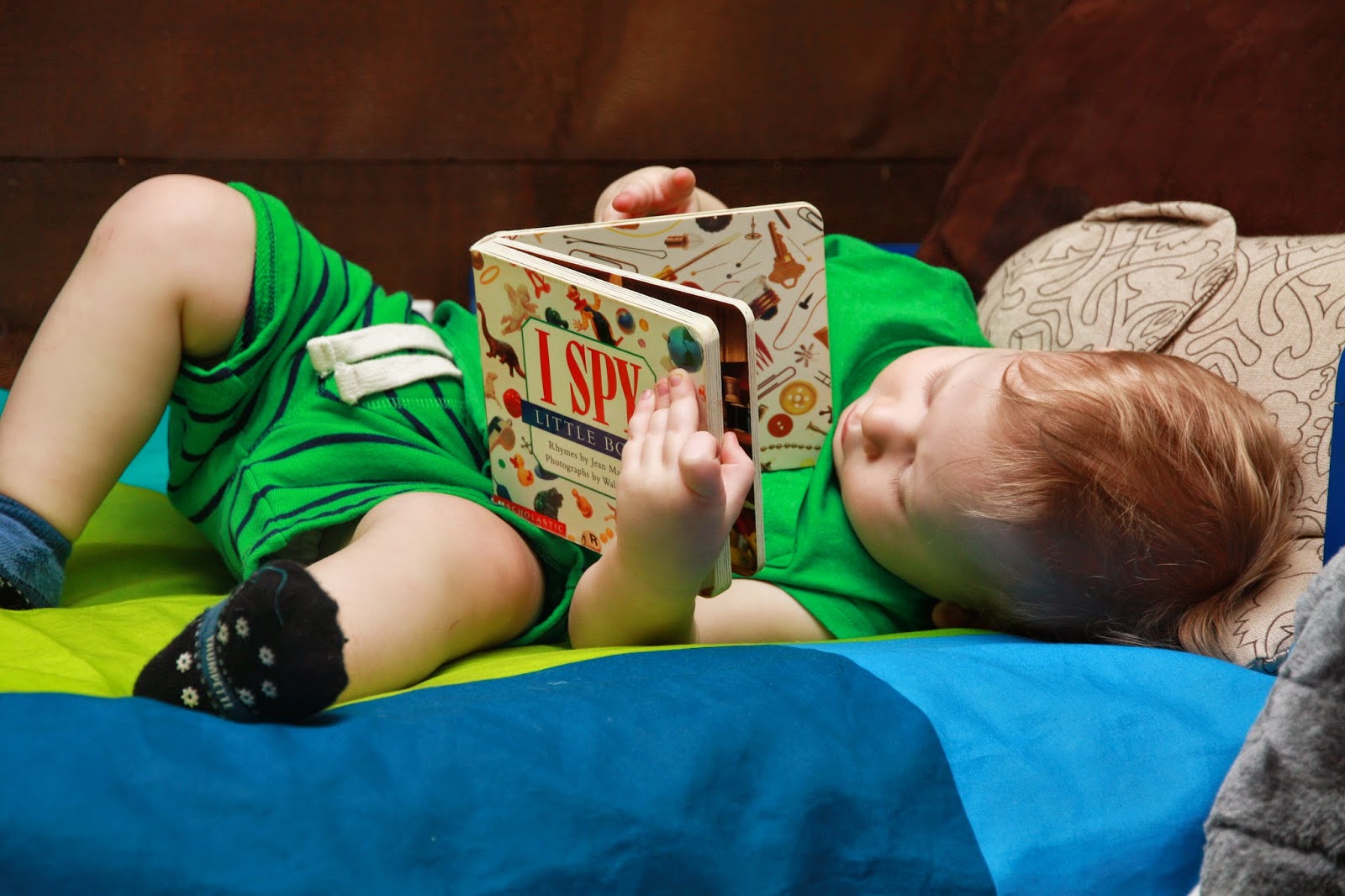 So happy that our BIG BOY loves his new bed!

Posted by juliemariepark at 9:16 AM