Last week Gibson turned 17 months and well I figure it is time for an update.

Gibson LOVES bath time and does not seem to mind when Hunter dumps water all over his head. 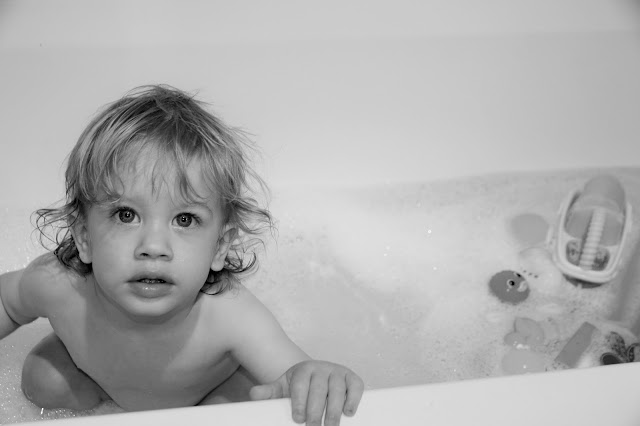 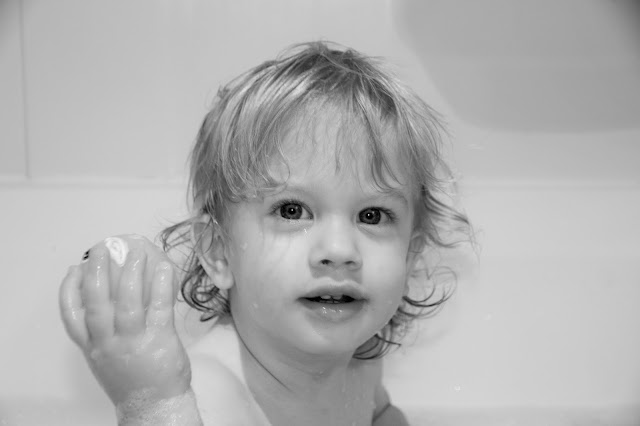 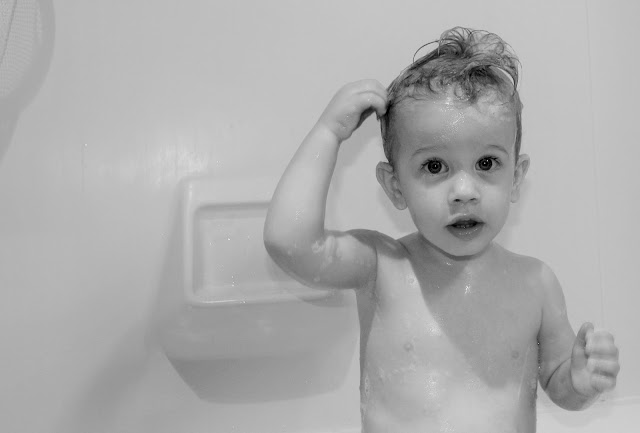 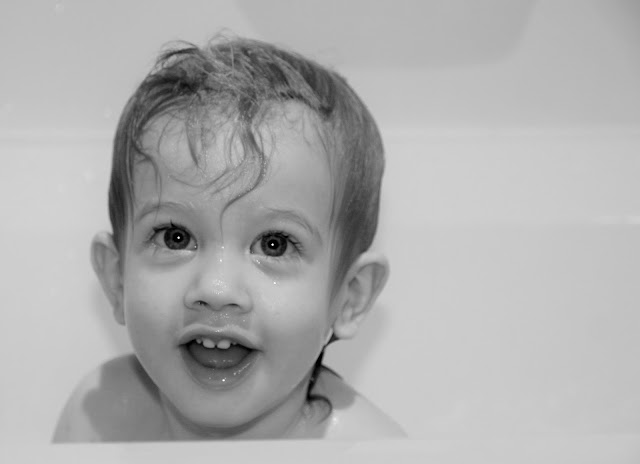 His eyes just steal my heart every time I look at them! In the past month he isn't eating as much and we feel like he has been loosing some much needed weight. I would say that he probably eats what an "average" child his age does but he needs many more calories... thank goodness for pediasure. He drinks 3-4 of those a day and that really helps him get extra calories! 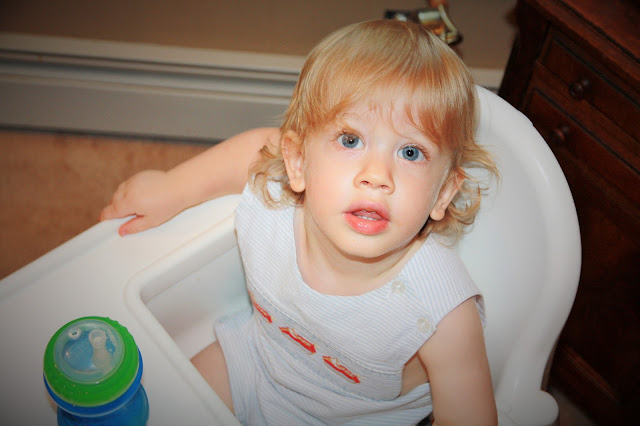 Gibson is a really good friend... he is super outgoing and doesn't show any fear of strangers. He will run up and give kisses and hugs to anyone. 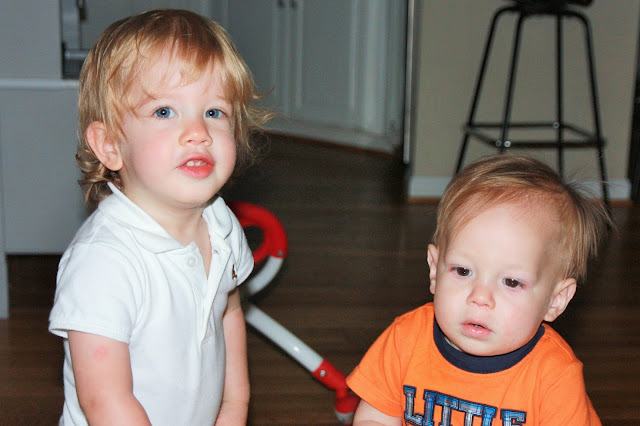 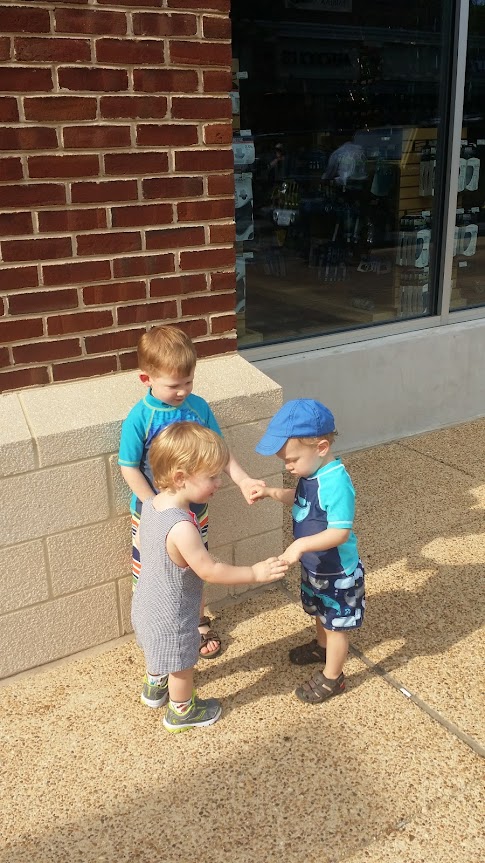 Gibson just started to follow one step commands... for example he will follow the direction to throw something away or pick ______ up. This was a HUGE accomplishment and we were so excited when he started doing it.
He will also now say a few words on his own without mimicking. YAYA!
In medical news Gibson completed his final evaluation and was accepted into the Early Intervention program in Alexandria. In true Gibson style he made it through the 3 hour evaluation with a constant smile on his face... the speech and occupational therapists even commented on his sunny disposition. Home boy is just always happy! 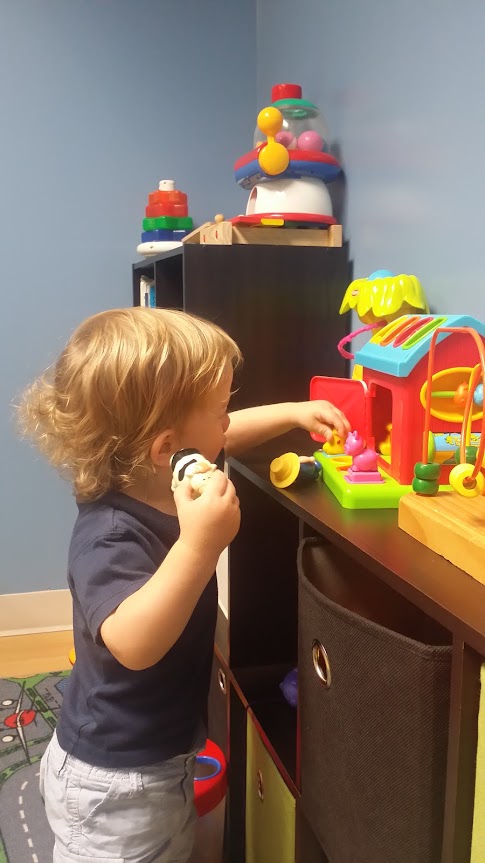 This month Gibson also received his Sure Step Orthotics! It is sooo amazing what these little things can do! He walks so much straighter and more confident when he has them on. 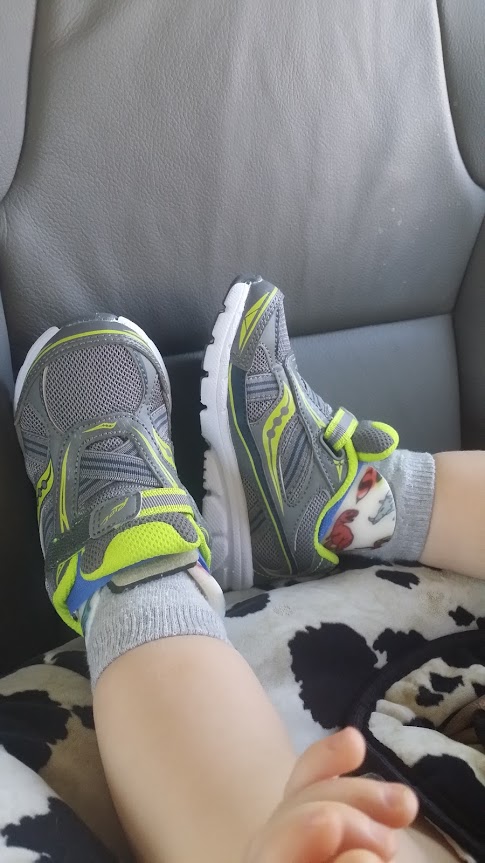 We are still in a holding pattern with Gibson's genetic testing. We received a third letter, just last night, letting us know that the insurance would not pay for the test that Children's Hospital is recommending. It is an extremely expensive test which would map all of his chromosomes to show if there is a deletion of genes on any of the chromosomes. Children's has now gone back three times with insurance to provide additional justification and to push them to pay for the test. In yesterday's letter it says that this was the final review for this calendar year that they would do on the test and that it was denied and not viewed as being essential... now I will need to get back on the phone with Children's to determine what our next steps will be. There are a few specific syndromes that they can test for individually and we might just need to do that for now.
So that is a full and long overdue Gibson update!
Posted by juliemariepark at 8:50 AM