Last week I shared my excitement that it was once again time for a Pinterest Challenge!

I was beyond excited and knew right away that I wanted to DIY a head board for the spare bedroom and I shared some inspiration photos found on Pinterest Here...


My sweet Hubby rigged up the frame for the headboard out of 2x2 Pine wood and assembled the pieces with his handy little nail gun! originally I was just going to have him construct a square and just screw it into the wall. I like his construction better as the center support will make the headboard sturdier and the legs also made it so much easier to assemble. Hubby is so smart! 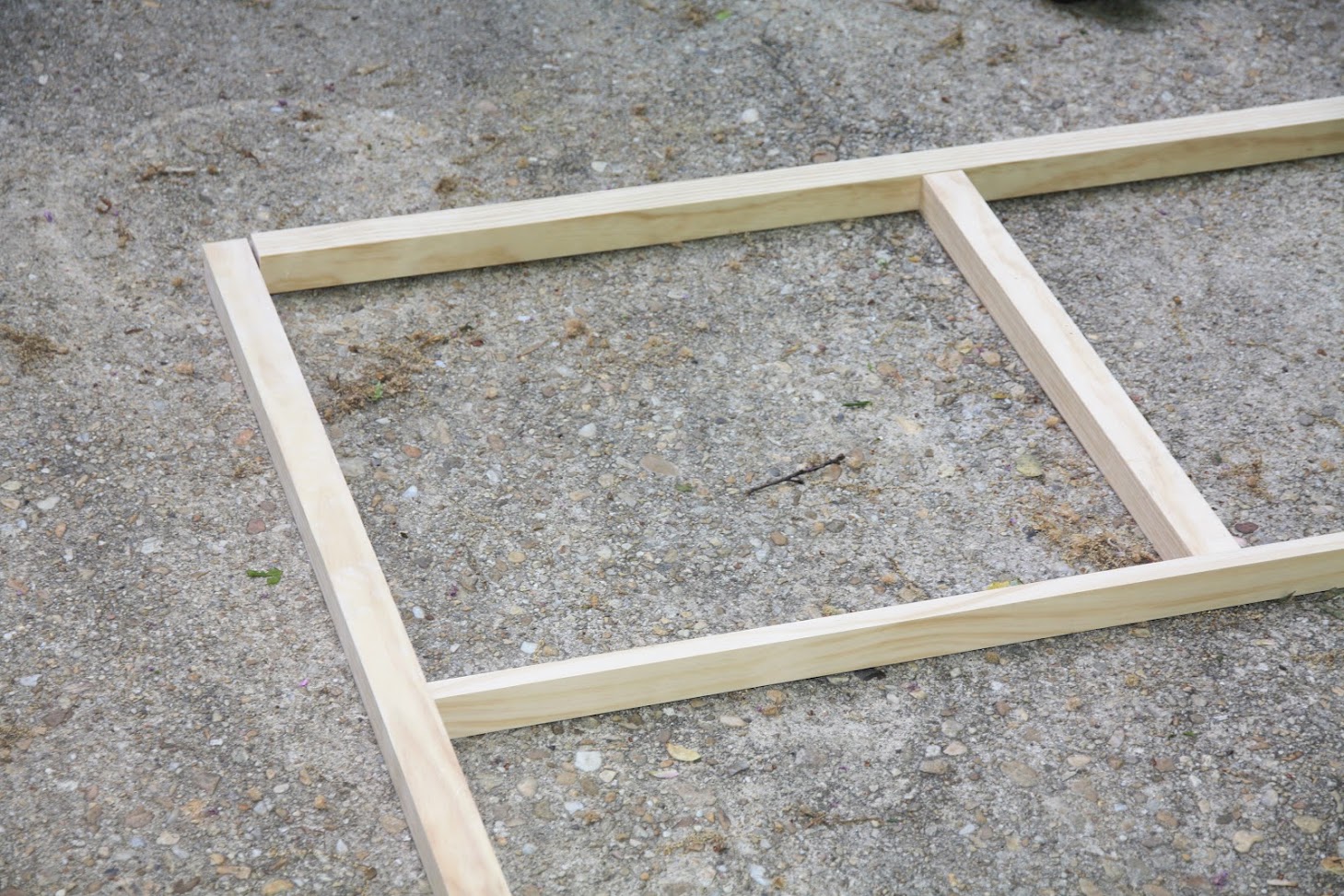 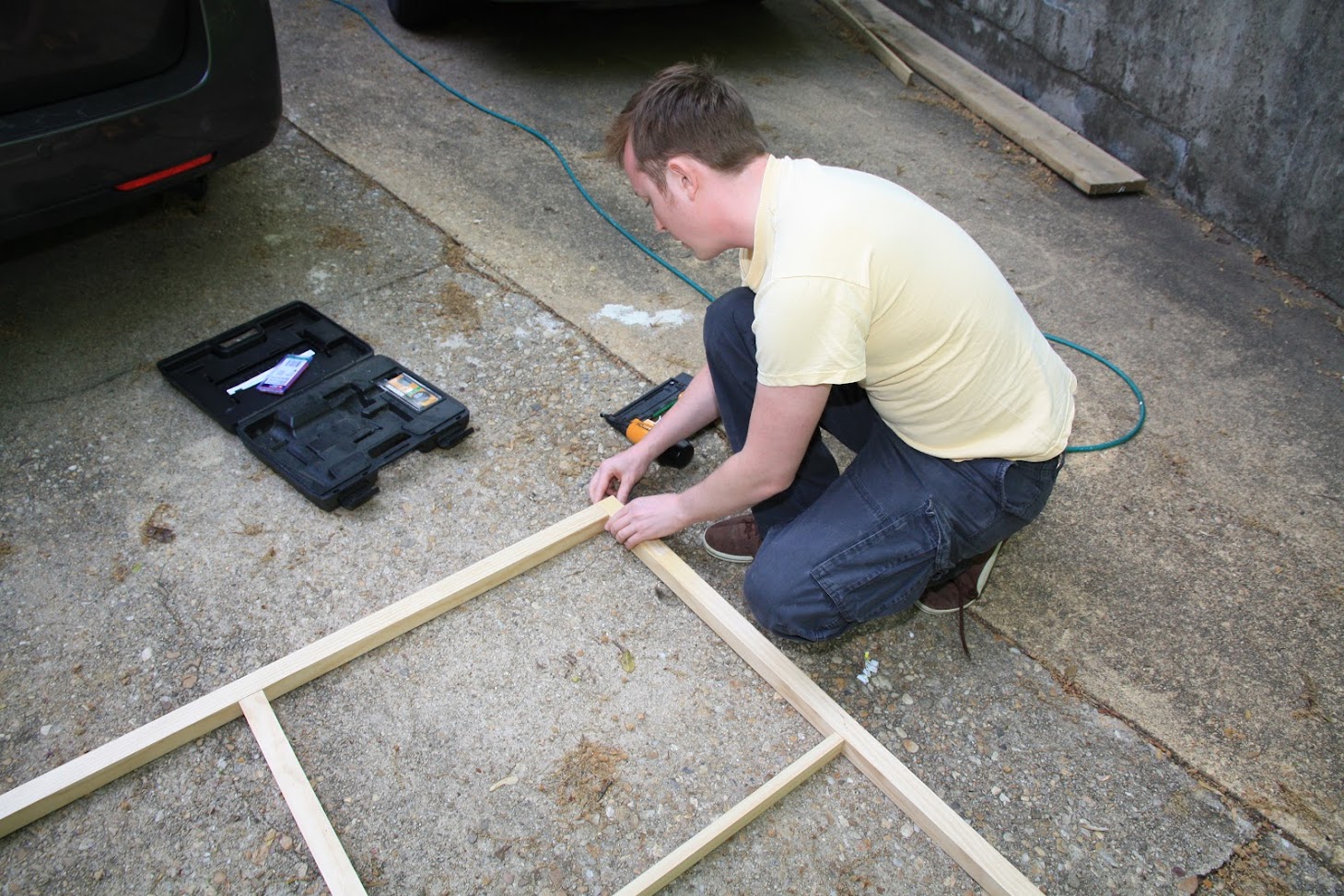 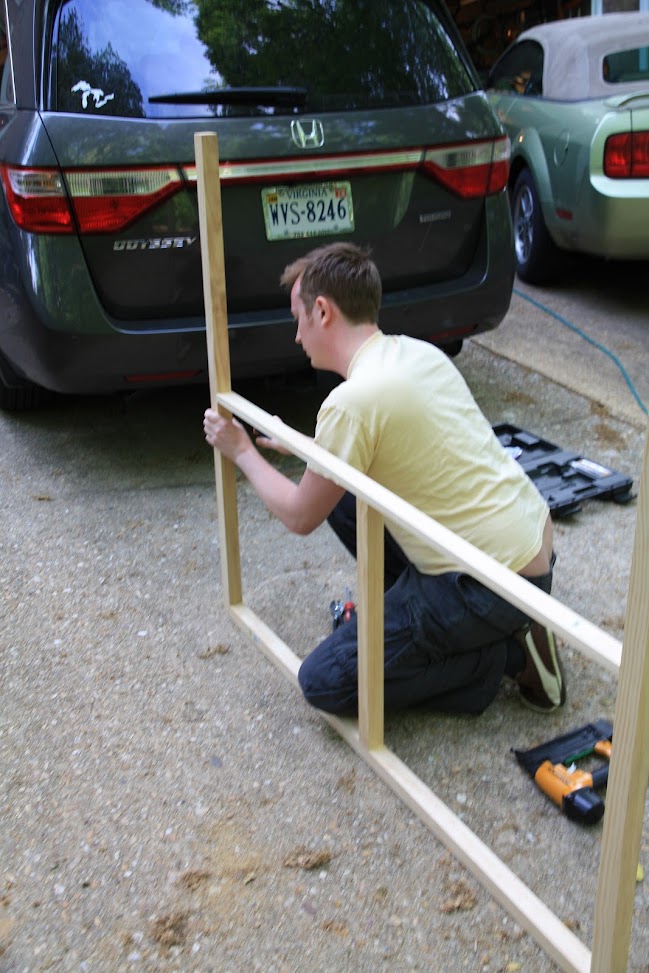 I folded the quilting over and used my staple gun to secure the material to the back of the frame. 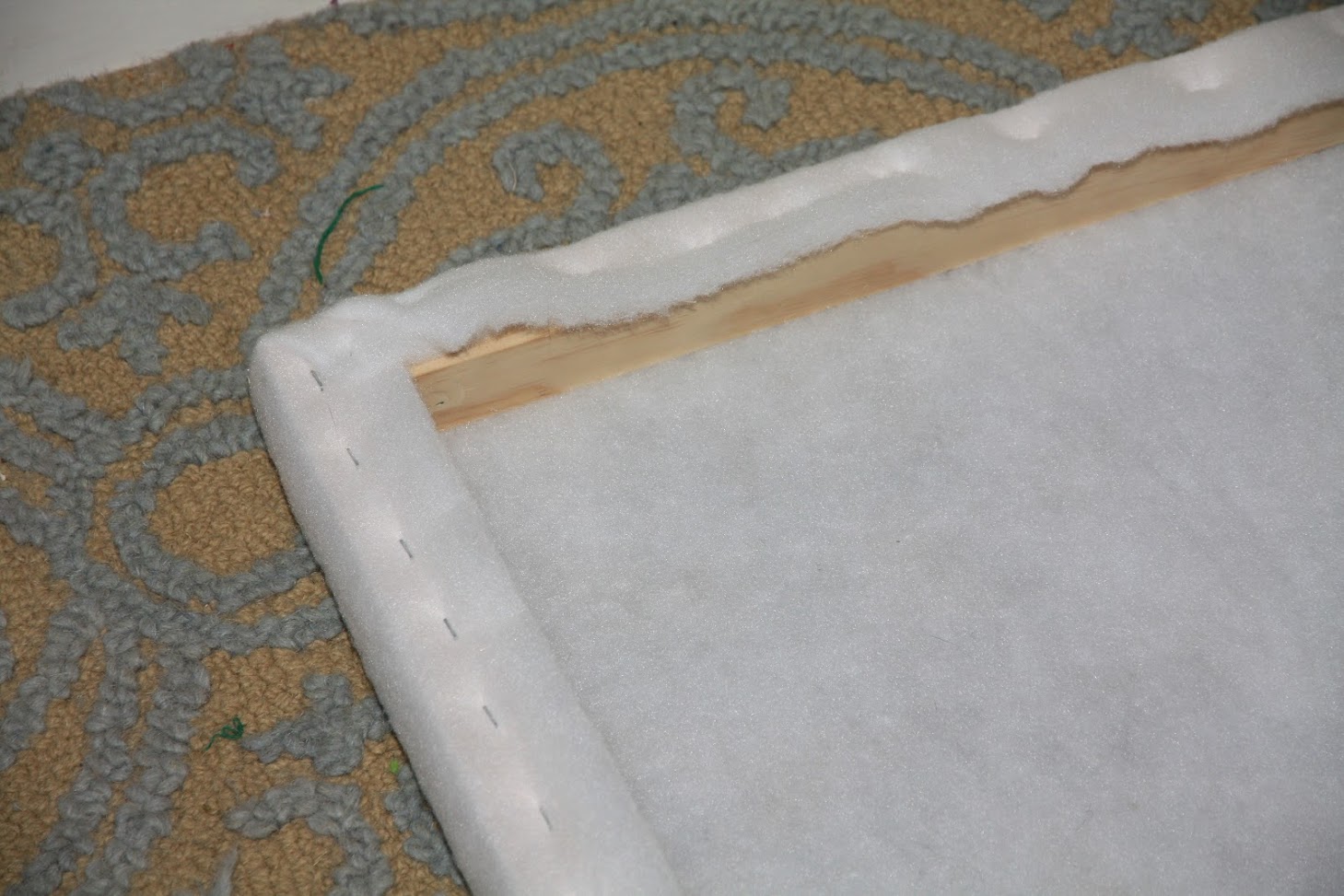 Next you take your fabric of choice... I decided to actually use a Twin Quilt that I purchased for $19.99 from Homegoods. The second I spotted the bright color I fell in love! I also really liked that the fabric had texture and a quilting which you will see in the last few photos! 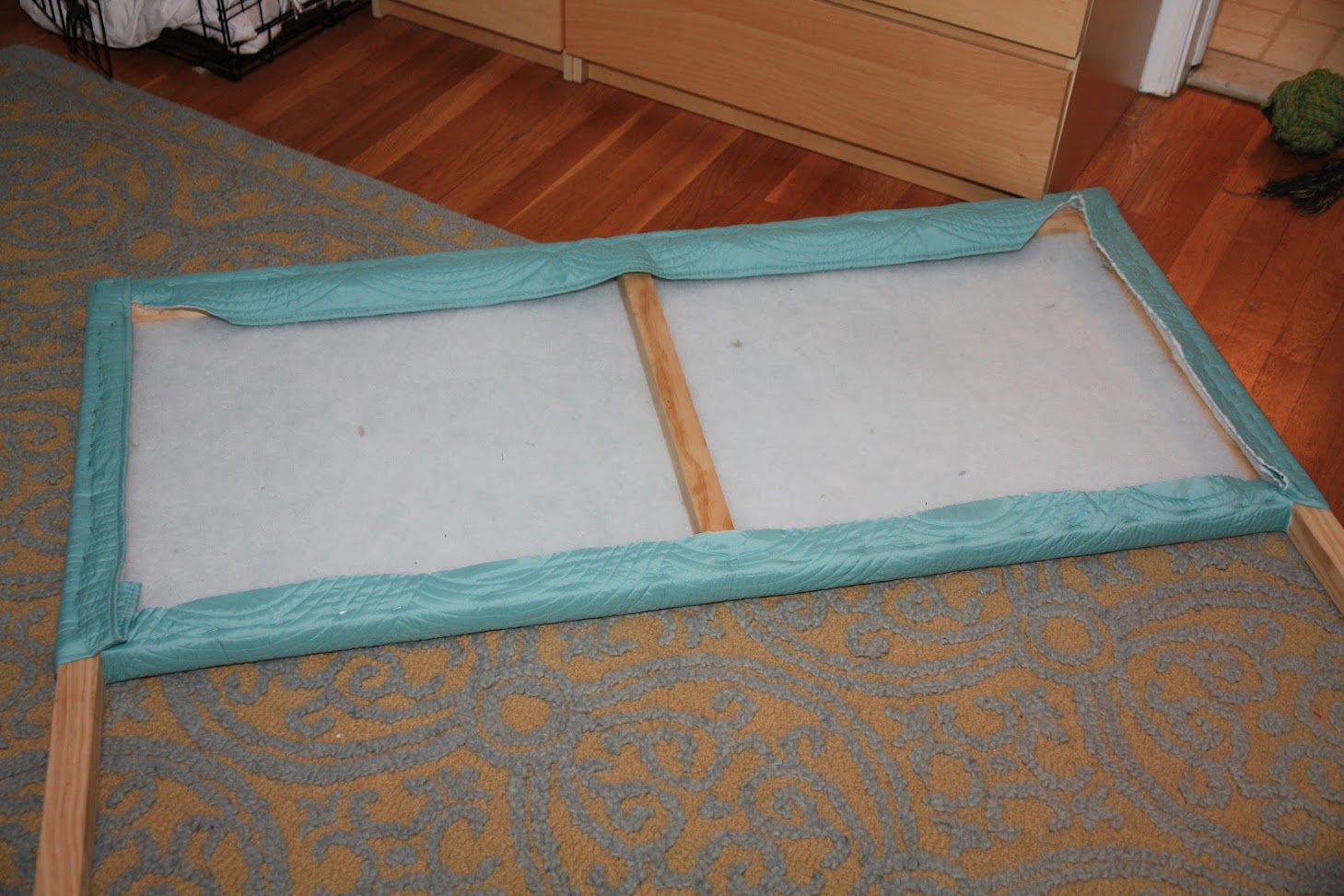 For the corners I just simply folded over the fabric neatly and cut off some access fabric so that the staples would properly hold. 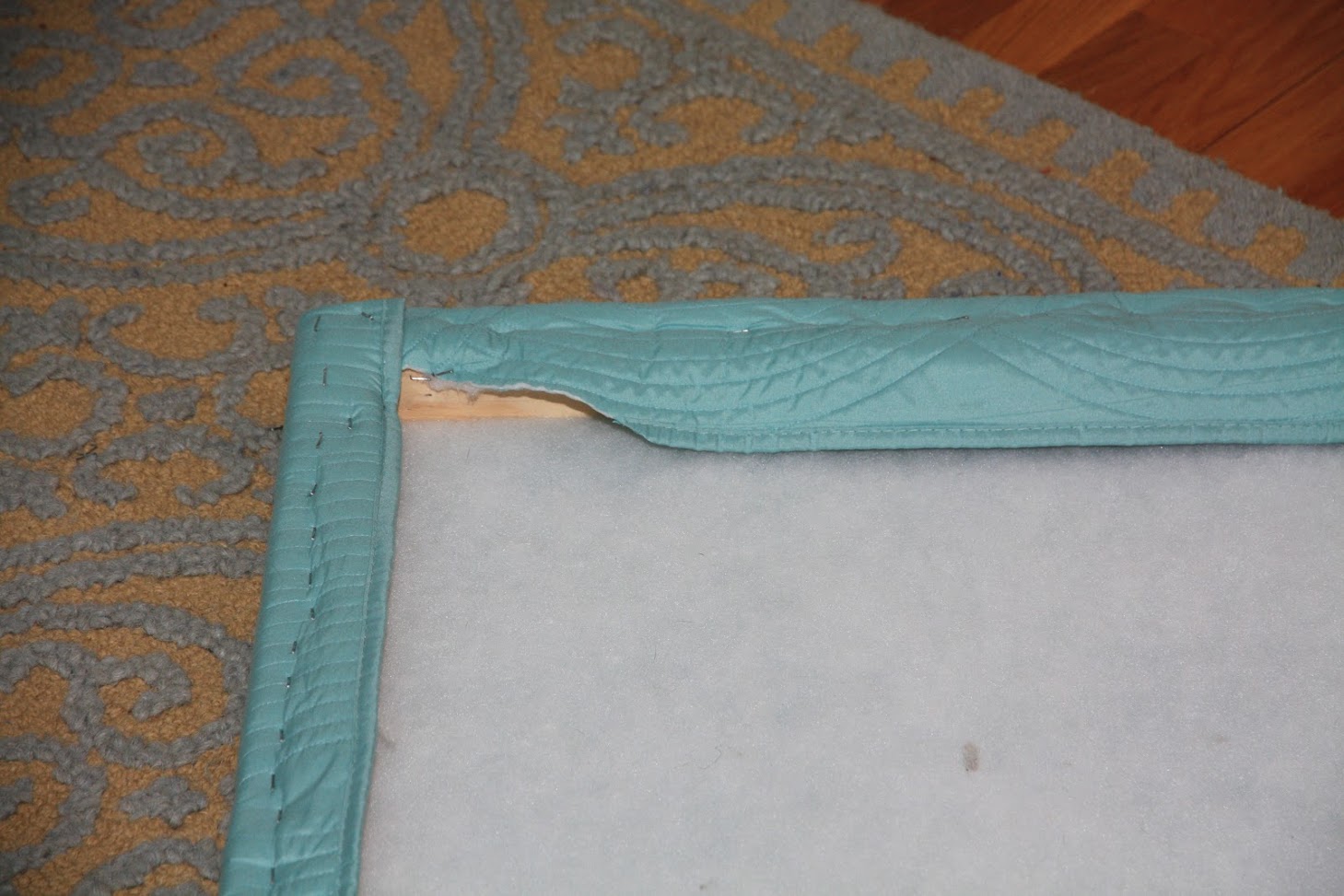 And here she is!!! Buy using the twin blanket the headboard has texture and it adds to the dimension. I LOVE IT! The quilting also makes it super soft! 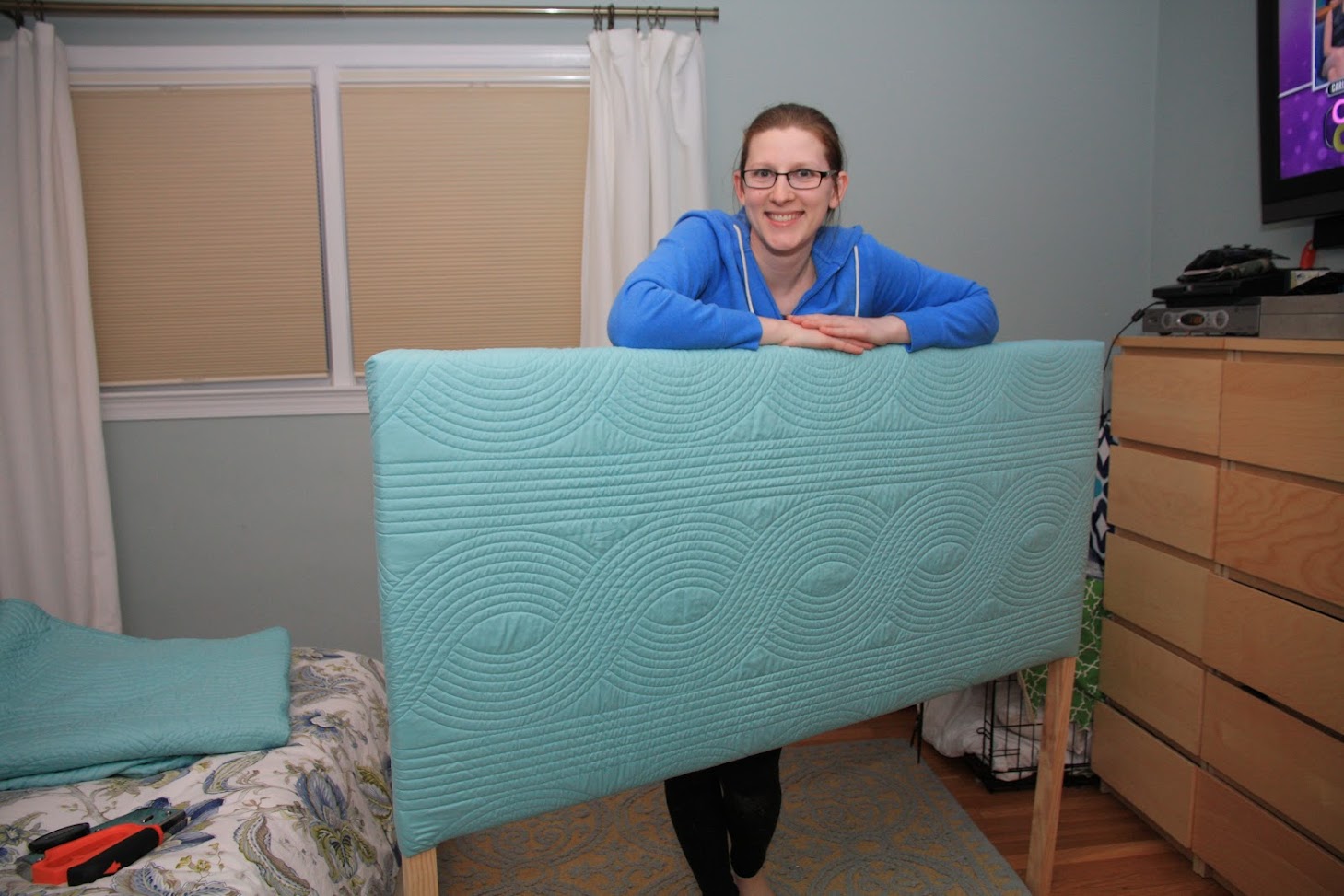 And here she is in the room...

Here was our before... 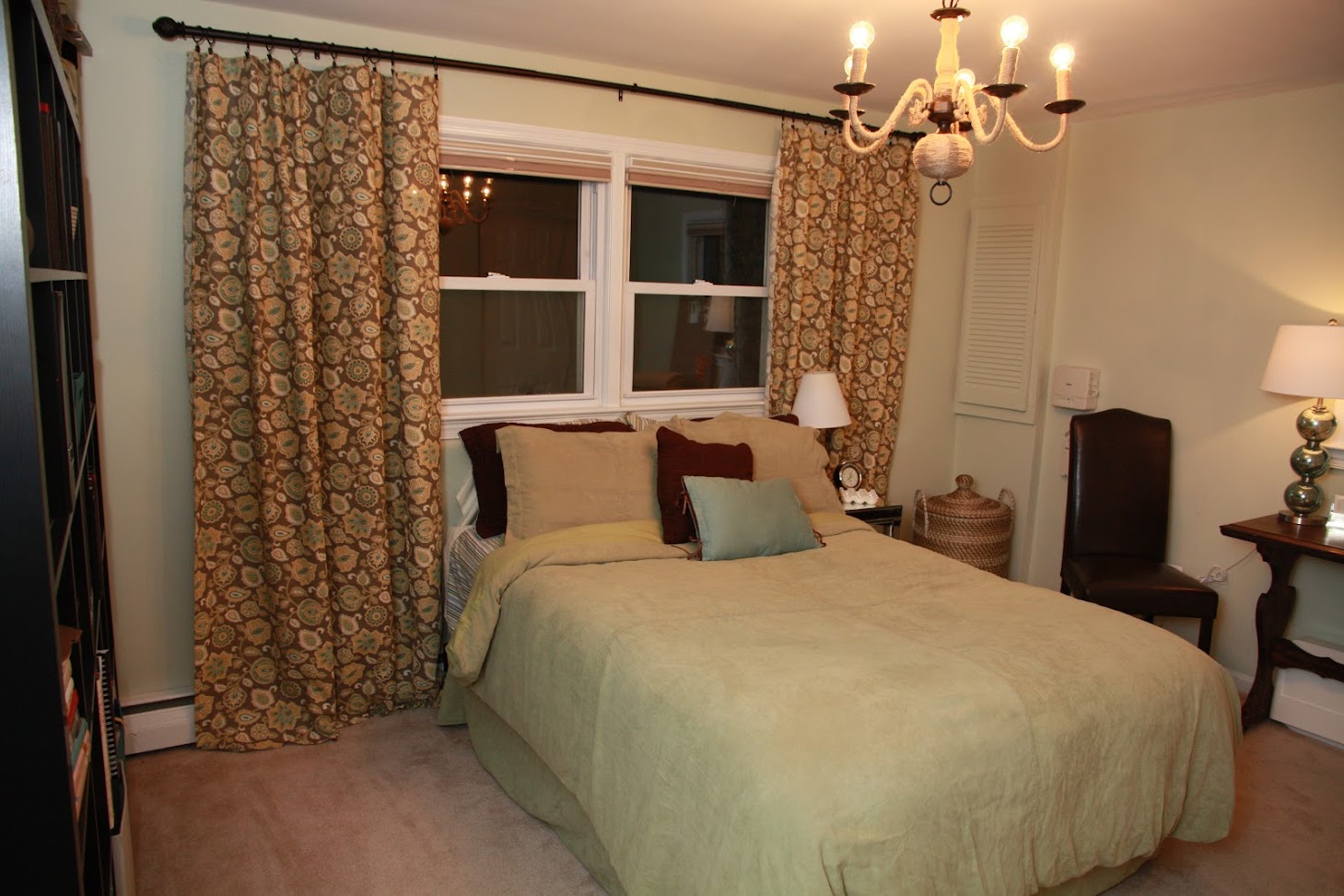 Yes...  we moved the bed to another wall in the room!Matt and I decided that having the headboard cover part of the window was a bad idea so we did a little flip over to an empty wall. 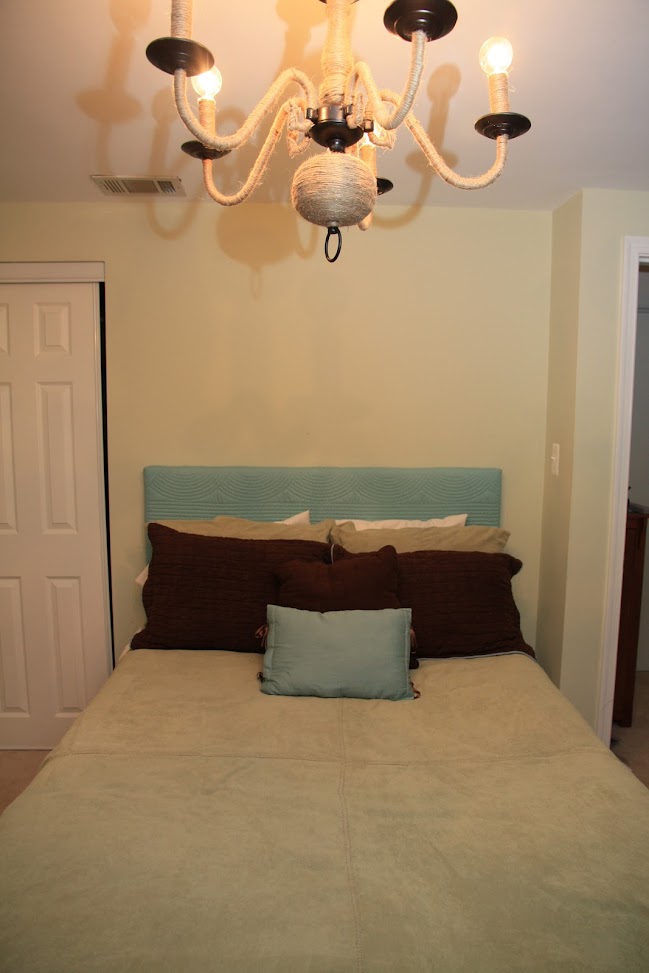 Now I just need to add something over the headboard so the wall behind it does not look so empty... But that is a project for another day!

Many thanks to the wonderful hosts of the Pinterest Challenge! Head over to their blogs to see other great projects!